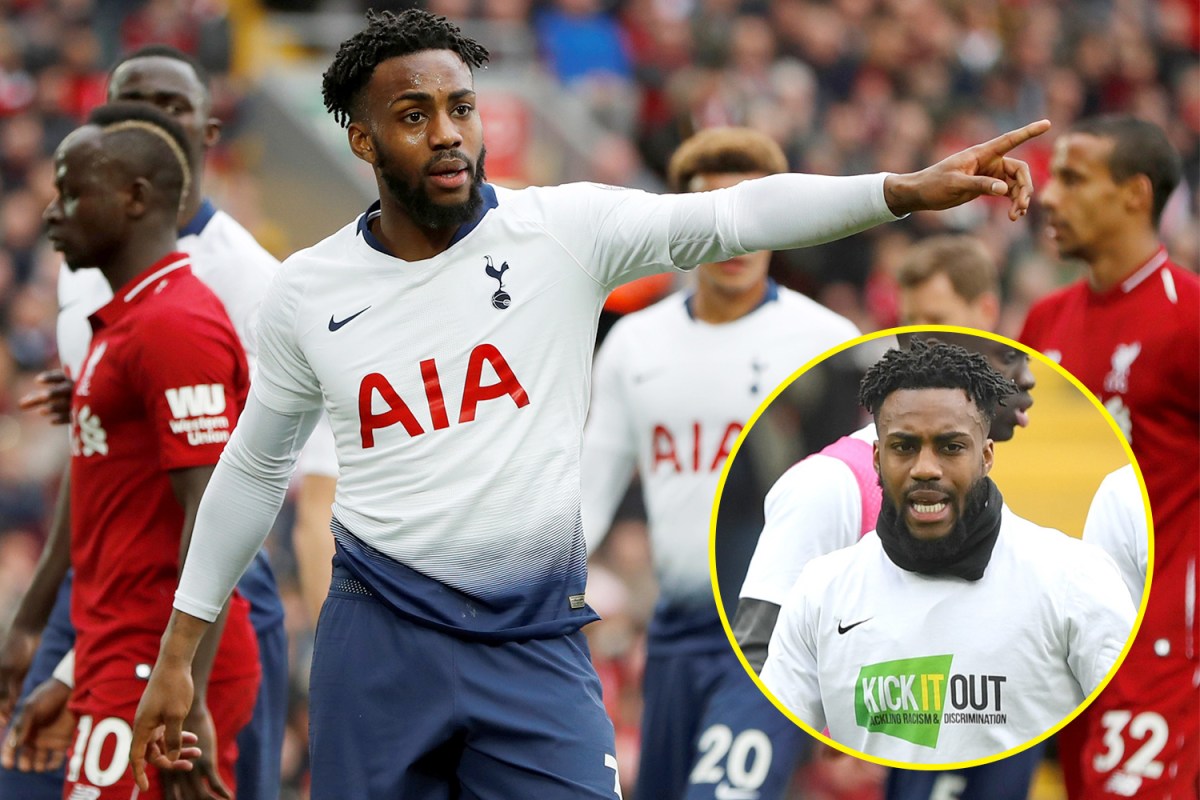 Rose has suffered from racial abuse on occasions throughout his career, most recently during England’s Euro 2020 qualifier at Montenegro last month

England and Tottenham defender Danny Rose is so sick of football’s failure to tackle racism that he ‘can’t wait’ to retire from the game.

The full-back has been victim of abuse multiple times in his career, most recently during the Three Lions’ Euro 2020 qualifier at Montenegro last week.

Rose, alongside teammates Raheem Sterling and Callum Hudson-Odoi were chanted at by some of the home crowd, in a game where the defender was cautioned by the referee late on.

The incident is not an isolated one this season, however, with Sterling allegedly being racially abused by a group of Chelsea fans while in action for Manchester City in a Premier League clash at Stamford Bridge in December.

Meanwhile, a banana was thrown in the direction of Arsenal striker Pierre-Emerick Aubameyang during their north London derby victory over Tottenham in the same month, while footage emerged of a West Ham fan calling Liverpool’s Mohamed Salah a ‘Muslim c***’ during a match at the London Stadium in February.


Real Madrid and Barcelona XI that could be sold, including Man United targets


Foden will have ‘real decision’ to make regarding future, says ex-Man City man

Rose was subjected to monkey noises during an England Under-21s match at Serbia in 2012 on a night where he was also pelted with stones and provoked by the home players.

He was sent off following a mass brawl at the end of the game and despite the Football Association’s appeal, UEFA branded Rose a liar and described his own behaviour as ‘unsportsmanlike, inappropriate and vulgar’ after mimicking the monkey gestures being aimed at him by the Serbia fans.

And Rose, 28, was critical of the way racism incidents are handled by the authorities in football so much so that he can’t wait to hang up his boots.

Speaking to The Sun, he said: “I’ve had enough.

“At the minute how I programme myself I just think to myself: ‘I’ve got five or six more years left in football and I just can’t wait to see the back of it.’

“Seeing how things are done in the game at the minute. It’s just – whatever, isn’t it? I just want to get out of it.”

talkSPORT is your home of live football! Here’s what’s coming up on talkSPORT and talkSPORT 2…

Rose is Spurs’ longest-serving player after signing from Leeds for £1million in 2007.

He’s made 174 appearances for the north London club, has 26 England caps to his name and also represented Great Britain at the 2012 Olympics.

However, Rose insists he’s looking forward to calling time on his playing career because of racism.

Rose added: “That’s how I feel. I feel I‘ve got five or six more years left and I just want to enjoy football as much as I can.

“There is so much politics and whatever in football and I just can’t wait to see the back of it, to be honest.”

Google to launch Pixel 5, new Chromecast, and more on September 30