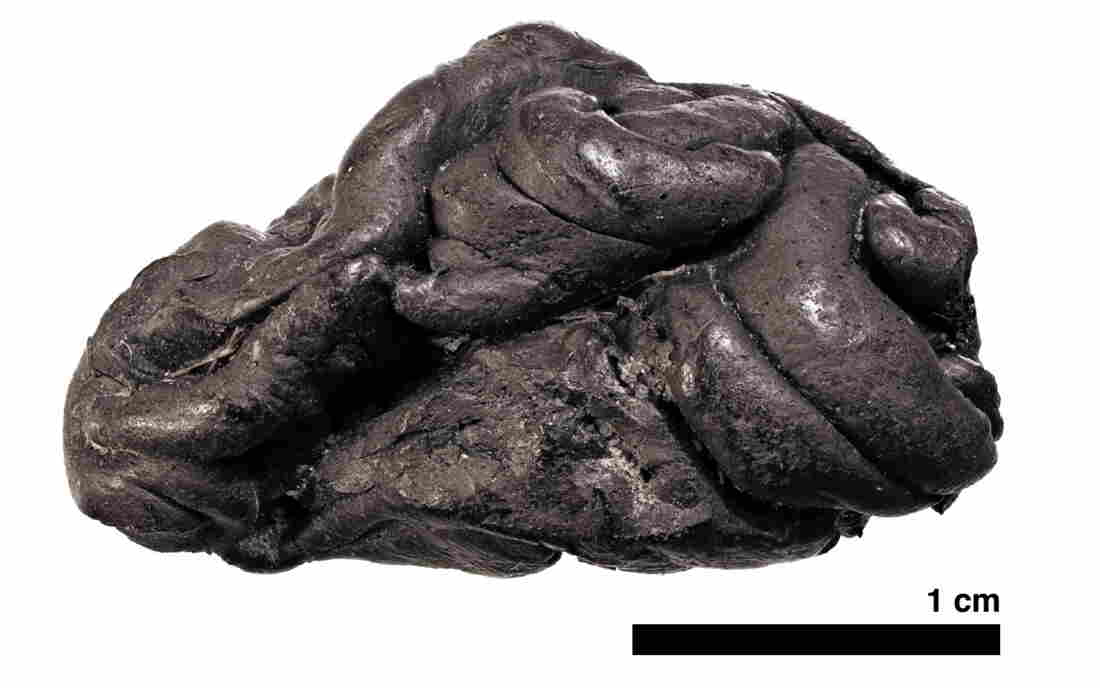 A piece of birch pitch from Syltholm, southern Denmark, has proven to be a remarkable source of ancient DNA. 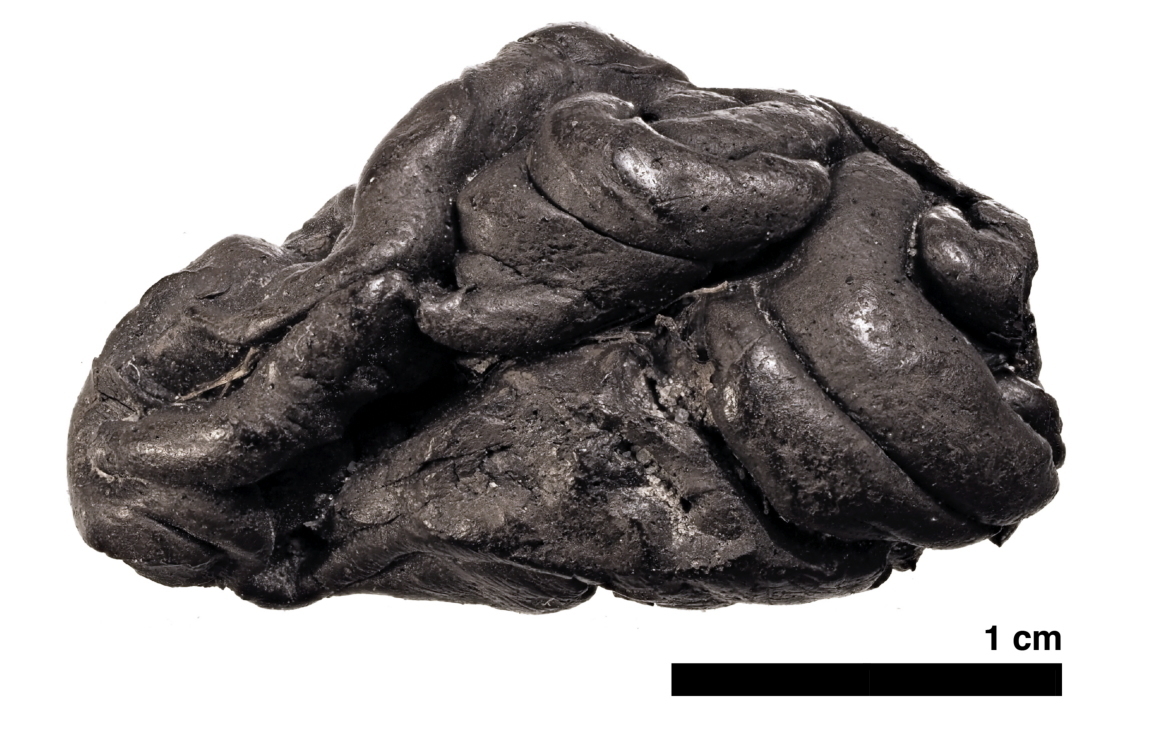 A piece of birch pitch from Syltholm, southern Denmark, has proven to be a remarkable source of ancient DNA.

The dark little blob would be easy to overlook at an archaeological site.

Hannes Schroeder, a paleogeneticist at the University of Copenhagen, says a student brought it to him from a Stone Age site in Denmark and had a question: “Can we get DNA out of this?”

Schroeder remembers replying: “We don’t know, haven’t really tried, so let’s give it a go.”

The researchers think ancient people chewed on the black-brown substance, known as birch pitch, “that was obtained by heating birch bark,” Schroeder says. He says it’s not clear why they chewed the pitch, but it was likely to soften it up before using it as kind of glue to stick sharp points onto weapons or tools. They may have even used it for medicinal purposes, such as a pain remedy for toothaches, because it is a mild antiseptic.

These were clues that the bit of “chewing gum” might contain DNA, but the researchers expected it to be difficult. After all, “it’s still quite challenging to get a complete ancient human genome from human remains,” Schroeder says.

But the DNA sequencing went better than anyone could have expected. The researchers were able to reconstruct a complete human genome. Schroeder says this is the first time that an entire ancient human genome has been extracted from anything other than human bones or teeth. The team published their findings in the journal Nature Communications.

Theis Jensen from the University of Copenhagen, who was working at the archaeological site, said in a statement that “almost everything is sealed in mud, which means that the preservation of organic remains is absolutely phenomenal.”

The DNA recovered from the gum tells us a lot about this woman who lived about 5,700 years ago. The researchers could figure out what she probably looked like: “She had this really striking combination of dark hair and dark skin and blue eyes,” Schroeder says. 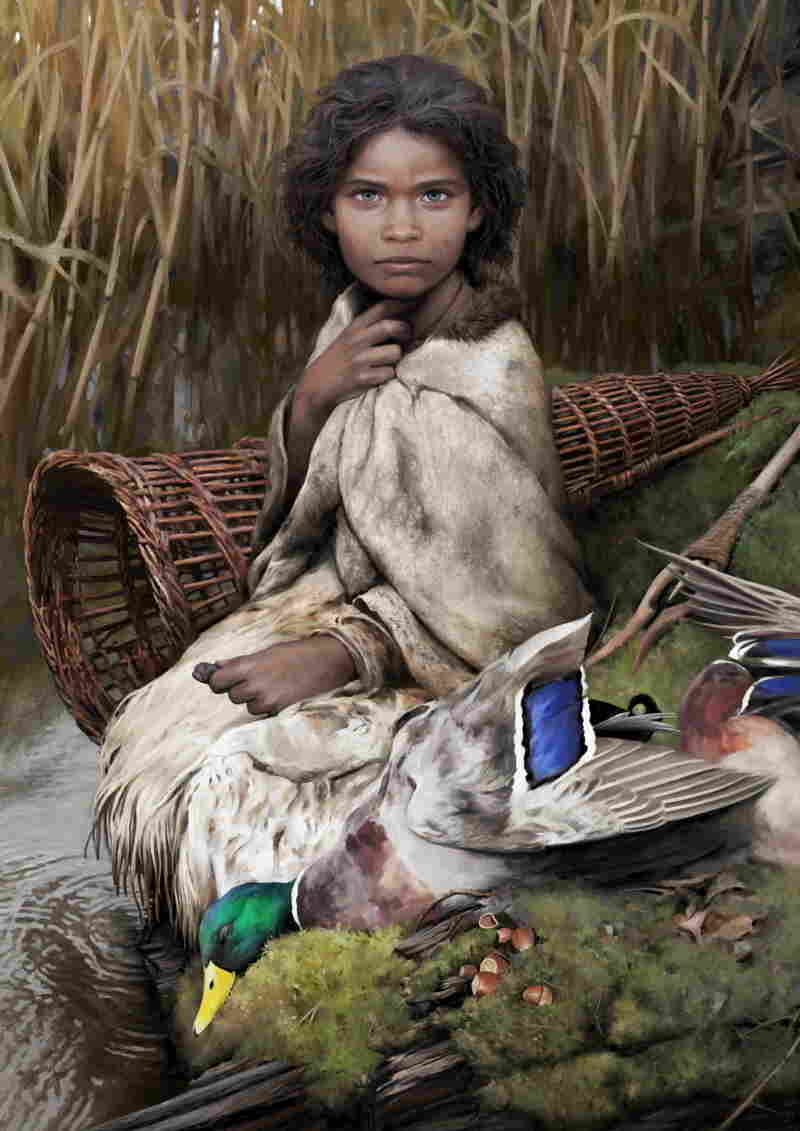 Artistic reconstruction of the woman whose DNA was extracted from the birch pitch.

Those features were common to other hunter-gatherers in this area at the time, he adds, which is now an island in Denmark called Lolland. He says the woman’s ancestors were hunter-gatherers from continental Europe.

She does not have any traces of ancestry from a group that had a very different lifestyle — farmers. Agricultural communities were beginning to spring up in northern Europe at the time.

This suggests that “there were pockets of hunter-gatherers that survived in different parts of northern Europe in the Neolithic,” he says, referring to the later part of the Stone Age.

Beyond her DNA, the scientists were also able to extract ancient microbes from her mouth that were sealed in the ancient gum. They found traces of the Epstein-Barr virus, which can cause infectious mononucleosis. They also extracted remnants of what could have been the woman’s last meal — duck and hazelnuts.

Schroeder says it’s unique to have DNA, traces of oral microbes, and clues about diet, all from a single individual. “It’s really a rich picture from this kind of inconspicuous, small lump of birch resin.”

Christina Warinner, a molecular archaeologist at Harvard University, says she thinks it was incredibly creative to try to recover genetic information from the ancient “chewing gum.” She found it striking “just how much human DNA there was – because oftentimes there are things that we find some human DNA in but usually it’s very, very small amounts.”

She says that at this point, scientists have been able to accumulate thousands of ancient human genomes. “So each genome contributes to this bigger story, and as we get more and more information, we’re able to reconstruct so much more about the human past than we ever could before.”

Warinner says the chewing gum find says a lot about the technological revolution happening in her field right now. As the technology gets stronger, “we’re starting to realize that much more of the past is preserved than we ever thought,” she says.

Warinner recently tried analyzing chewed-up stems from a cave in Mexico, though unfortunately little information was preserved. As technology has dramatically improved, she says scientists should be trying to test more objects for DNA that they find on archaeological sites.

“It gives me inspiration to go out and start looking for more of these unusual contexts in which we might find interesting information,” Warinner says.

A pretty lofty legacy for a piece of gum.

Case of Hepatitis A linked to Galatoire’s, part of ongoing outbreak across Louisiana

Report: Apple’s iPhone 12 event will probably be on October 13

Breonna Taylor decision: Protesters take to the streets in Louisville