In what will prove to be its most critical flight to date, China’s Chang Zheng 5 (or Long March 5, as it is known outside of China) rocket is ready for its third mission after two less-than-perfect previous flights.

A successful flight today would pave the way for three critical launches in 2020: a lunar flight, a Mars mission, and a human spacecraft test flight.

If all goes to plan, the Chang Zheng 5 will liftoff from the Wenchang Spacecraft Launch Site in Hainan, People’s Republic of China at 07:45 EST (12:45 UTC) on Friday, 27 December 2019 with the Shijian-20 test satellite bound for Geostationary Orbit.

It has a single launch site at the Wenchang Spacecraft Launch Site in southern China.

Each of the four strap-on boosters  contain two YF-100 engines and fire for 180 seconds. 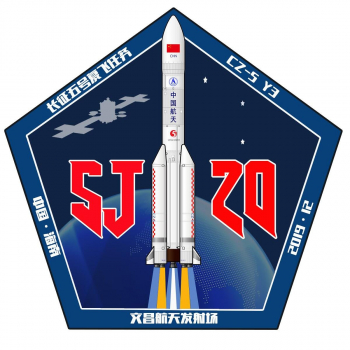 The YF-77 engines were found to be faulty and not as reliable as hoped and were the direct cause of the Chang Zheng 5’s 2017 launch failure on its second mission.

The rocket can fly with or without a third stage.  To date, both flown missions – as well as today’s third flight – have all used a third stage.

The first flight was deemed a success.

A second mission followed on 2 July 2017 and quickly encountered a serious issue with one of its YF-77 engines during first stage flight.

The issue resulted in a shallower flight profile than intended and the complete loss of the mission.

After the failure, the China Aerospace Science and Technology Corporation redesigned the first stage and the YF-77 engine.

Those changes have been heavily tested.

While arguably the most important aspect of this mission will be to demonstrate the Chang Zheng 5’s ability to successfully Return To Flight, the mission will carry a payload.

Riding atop the Chang Zheng 5’s third stage will be the Shijian-20 test satellite.

In Mandarin, “Shijian” means “Practice”.  To this end, Shijian-20 is a Chinese telecommunications satellite designed in part to test or practice new technology for follow-on missions.

The Shijian-20 satellite will be the maiden flight of the DFH-5 ultra-high-performance satellite platform featuring a high-thrust ion propulsion system with up to 28 Kilowatts power.

The satellite will have 70 Gbps of high-throughput communications capability in the Ka-band.

In everyday use on Earth, the Ka-band frequency range is most commonly used for 5G mobile telecommunication networks.

The Shijian-20 satellite also carries an optical infrared laser communications terminal for downlink data rates of up to 4.8 Gbps.

Moreover, the satellite has an experimental quantum communications payload.

But the most important part of this mission, unusually, is not the payload but rather proving the rocket’s ability in flight.

After a hiccup on the first flight and the outright failure of the rocket on its second mission, this third flight carries weighted importance due to the Chang Zheng 5’s schedule for 2020.

Next year, China plans to use the rocket for three immensely important flights:

Beginning in 2021, the rocket will also be called upon to launch China’s multi-module space station.

For its 2020 schedule, the crew spacecraft test and lunar sample return missions can adjust their launch dates, but the Mars mission must meet a strict 20-ish day interplanetary launch window or stand down for 26 months until the window between Earth and Mars opens again.

Any issue with the Chang Zheng 5’s Return To Flight today would call into question its ability to meet the 2020 Earth-Mars launch timeline and would be a blow to China’s rapid-pace spaceflight industry.

In what will be the 103rd and final orbital launch attempt of 2019, the China Aerospace Science and Technology Corporation will launch the Chang Zheng 5 rocket from LC-1 at the Wenchang Spacecraft Launch Site on the island province of Hainan. 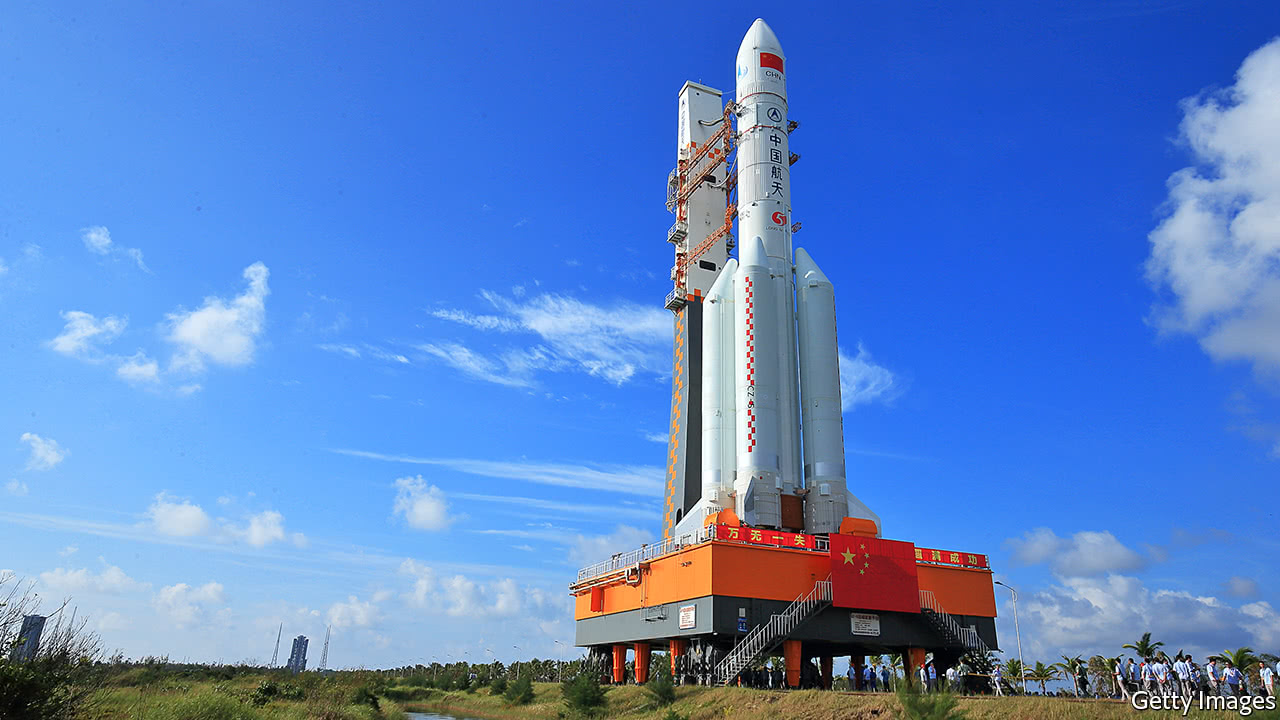 The Wenchang Spacecraft Launch Site is part of the Xichang Satellite Launch Center and is not an independently administered launch site.

Located on the northeastern part of the island, the Wenchang Spacecraft Launch Site was chosen for its proximity to the equator – allowing for greater payload launch mass – as well as its location next to the open waters of the Pacific Ocean which allows for launches to take place over the sea instead of land.

Big Brother Spoilers: Who Won The HOH And What It Might Mean For Week 8

Published: Sep. 24. 2020 10:54 PM Spoilers ahead for the Big Brother All-Stars’ live feeds as of Thursday, September 24. Big Brother All-Stars had some exciting moments ahead of eviction in Week 7 as the numbers grew smaller and some alliances grew stronger, while others became shakier. Memphis Garrett’s somewhat inexplicable goal to backdoor David…

Editors, USA TODAY Published 4:03 a.m. ET Sept. 25, 2020 CLOSERuth Bader Ginsburg to get historic honor at US CapitolThe late Associate Justice Ruth Bader Ginsburg will become the first woman in history to lie in state at the U.S. Capitol on Friday. Thirty-four men have been so honored at the Capitol since 1852. Civil…

Pac-12 Reverses Course and Will Play Football After All