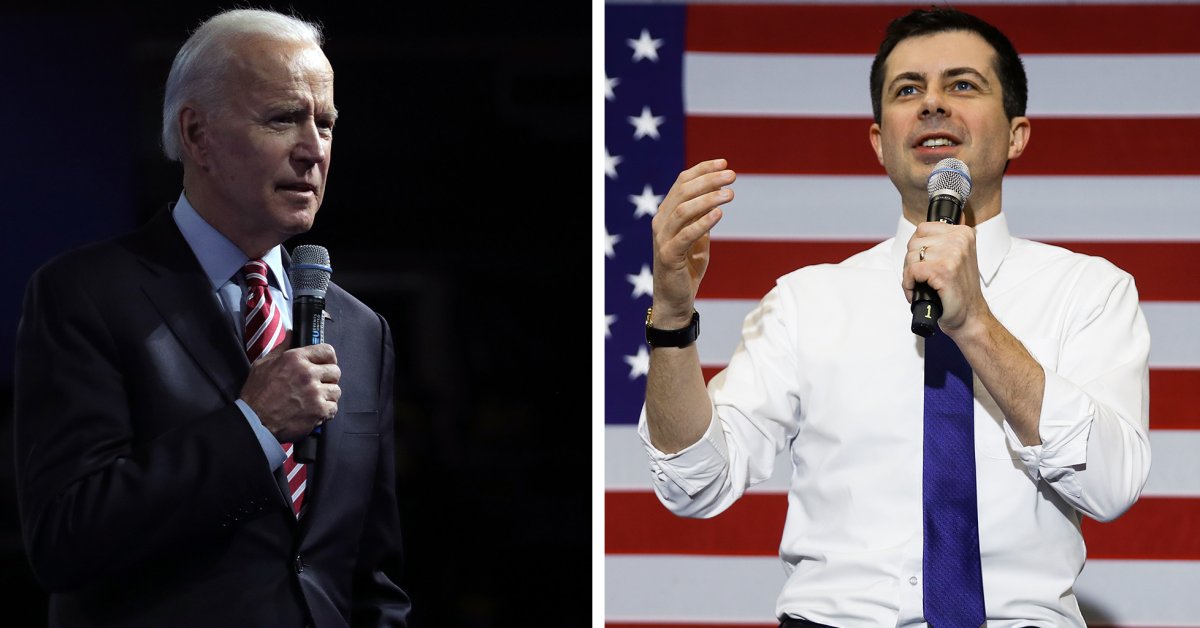 As the Democratic presidential candidates sprinted into their final full day of campaigning before New Hampshire casts the first votes of the 2020, the wide field of frontrunners swung between preaching party unity and lobbing attacks at each other.

Roughly half of New Hampshire voters are still undecided whom they’ll support on Tuesday, and people have been packing school gyms, performing arts centers and even a brewery to listen to candidates and try to make up their minds. New Hampshire’s lead-off role among the nation’s primaries has yielded a hyper-focus on the state, with the campaigns splintering into two distinct lanes: the pragmatists who want to win more than anything and the progressives who want to upend the apple cart.

Former South Bend, Ind., Mayor Pete Buttigieg and former Vice President Joe Biden jousted for moderate and centrist voters over who could more credibly claim to be the heir apparent of former President Barack Obama, who remains remarkably popular among Democrats. Sen. Bernie Sanders and Sen. Elizabeth Warren competed for progressive voters who have been enthralled with their arguments of broad, structural change and aggressive federal spending programs. And Sen. Amy Klobuchar seemed to be enjoying a slow climb from afterthought to legitimate option among voters who saw her draw 12% support in Iowa’s caucuses last week that were the first test of the campaign’s organization.

Sanders, who is on a path to win the state as he did in 2016, was a universal target for the candidates’ barbs in the final weekend in the state, but the sharpest exchanges were between Buttigieg and Biden as they circled each other on the ground and on the air.

Since Buttigieg’s strong showing in Iowa last week, Biden has been privately seething about the running comparisons between Buttigieg and Obama, both relative newcomers questioned over their lack of experience who went on to win the delegate count in the Iowa caucuses.

Biden, who has made his role as Obama’s vice presidential pick a central part of his campaign since the start, finally decided to make that grievance part of the public discussion in New Hampshire. After a disappointing showing in Iowa, a weak restart in New Hampshire, retooling his campaign last week and giving veteran media maven Anita Dunn — a veteran of Obama’s orbit — the keys to his campaign, Biden has adopted a more aggressive stance ahead of Tuesday’s primary. On Saturday, the campaign released a web ad that mocked any comparison between Obama’s accomplishments and Buttigieg’s record. A Biden aide snarked that more people had watched the clip than live in South Bend.

Pressed by reporters if he was sliding into the same role of spoiler that Hillary Clinton adopted in 2008 as she ran against Obama, Biden seemed frustrated that the press was buying into the Obama-Buttigieg comparison. “Oh, come on, man!” Biden roared at reporters on Saturday. “This guy’s not a Barack Obama.”

Speaking in a school gymnasium a few hours later in Hudson, N.H., the former Vice President once again talked about his time working with the man he simply called “Barack.” As he did in Iowa, where he placed a distant fourth place, he argued that the Democrats need to nominate someone who can help down-ballot contenders, such as Senate candidates in places like Georgia, Texas and Arizona. “It’s not enough for the next nominee of the Democratic Party to win and be able to beat Donald Trump. They have to be able to help Senators win and take back Senate seats,” Biden said.

Buttigieg, for his part, has been trying to drive a wedge between the link of Obama and his once Vice President. On Sunday, when asked about Biden’s comment that he was “not a Barack Obama,” Buttigieg was at the ready. “He’s right. I’m not [Obama]. And neither is he,” Buttigieg told CNN’s “State of the Union.”

At the same time, on stage in Londonderry, N.H., Buttigieg continued promoting a new brand of politics that unifies the country, wins over Republicans and delivers realistic change. But Buttigieg also understood much of his audience was still shopping for candidates and could tolerate some swings. He took a swing at his rivals by noting he was breaking the mold by not being “somebody who has been marinating in Washington” for years.

Pete Buttigieg’s Get Out The Vote Rally in Lebanon, N.H.

Still, there are signs the contenders recognize they still may need each other to patch things up heading to the nomination convention in Milwaukee. When asked about a potential running mate, Biden did not dismiss Buttigieg as an option. “There are at least four people running that in fact are simpatico with where I am, starting with Indiana and starting with other places,” Biden said.

The final Emerson College poll, released late Sunday, showed Sanders in the lead with 30%, followed by Buttigieg at 23%, and a three-way tie shaping up for third place among Klobuchar (14%), Warren (11%) and Biden (10%).

Many voters remain sincerely undecided. Tim Horgan attended a Biden rally on Sunday and left uncommitted to any one candidate. “I consider myself a moderate,” the 34-year-old resident of Manchester, N.H., says. “We have to have someone who can appeal to the middle.” He is also considering Buttigieg. “I have some questions about his experience,” he adds.

It’s a position many voters find themselves in. The Biden-Buttigieg clash may end up being more significant than the progressive fight between Sanders and Warren because of simple math. In New Hampshire, voters who have declared themselves neither a Democrat nor a Republican can decide the day of the primary to pick up a partisan ballot. That means people who would be considered independent or moderate voters elsewhere can step into the Democratic fray. And, in New Hampshire, a full 42 percent of the electorate fits in this box — bigger than 28 percent that calls itself Democrats.

Write to Philip Elliott at philip.elliott@time.com.

Donald Trump Has Been Acquitted. But Our Government Has Never Seemed More Broken.