SpaceX teams have begun stacking Starship SN1 in Boca Chica, Texas. The rocket is gearing up for its first flight, which will see the vehicle fly to around 20 kilometers in altitude and then propulsively land back at the launch facility.

SN1 is SpaceX’s second Starship vehicle to be built in Boca Chica. The original Starship – named Mk1 – failed cryogenic pressurization testing. The failure prevented Mk1 from getting the chance to fire its three Raptor engines.

SN1 is currently intended to be SpaceX’s first Starship to perform a flight.

Unlike the Mk1 build, where SpaceX began stacking the vehicle from the beginning of production, teams are taking a more pragmatic approach with SN1.

Launch (kinda) Starship SN1 section has been lifted off its mount for mating.@SpacePadreIsle live:https://t.co/vmijqzHVGH pic.twitter.com/R27HfNaXqy

Instead, the vehicle is being assembled in smaller chunks which will then be welded together during final assembly.

SpaceX recently stacked two of the chunks together to complete the majority of SN1’s tank section. Due to the sections being mostly completed before stacking, the final assembly of SN1 should occur much faster than Mk1.

It is understood that SpaceX is currently hoping to have the entire vehicle stacked and moved to the pad by the end of the month.

If all goes well, a static fire of the SN1 vehicle’s three Raptor engines could then occur in early March, potentially setting the stage for the 20 kilometer hop within a few weeks of the static fire.

However, due to the fluid nature of test campaigns, setbacks and schedule slips are likely. Unfavorable weather is also forecasted over the next few days, potentially leading to additional delays.

While this timeframe may sound ambitious given that only the tank section of the vehicle has been stacked together so far, all of the remaining sections of SN1 are currently being stored inside of the tents in Boca Chica.

SpaceX has been rapidly adding additional tents to support Starship production. The new structures have helped shield the teams and the hardware from the harsh South Texas weather.

A second windbreak is also being assembled and is far taller than the original. The new windbreak is tall enough to also support the eventual assembly of a Super Heavy booster – the first stage for the complete Starship-Super Heavy launch system.

A primary point of improvement for the SN1 test vehicle has been the quality of the steel barrels, which make up the rocket’s primary structure. A side-by-side comparison of the SN1 barrels next to the Mk1 barrels shows far fewer welds on the newer barrels. 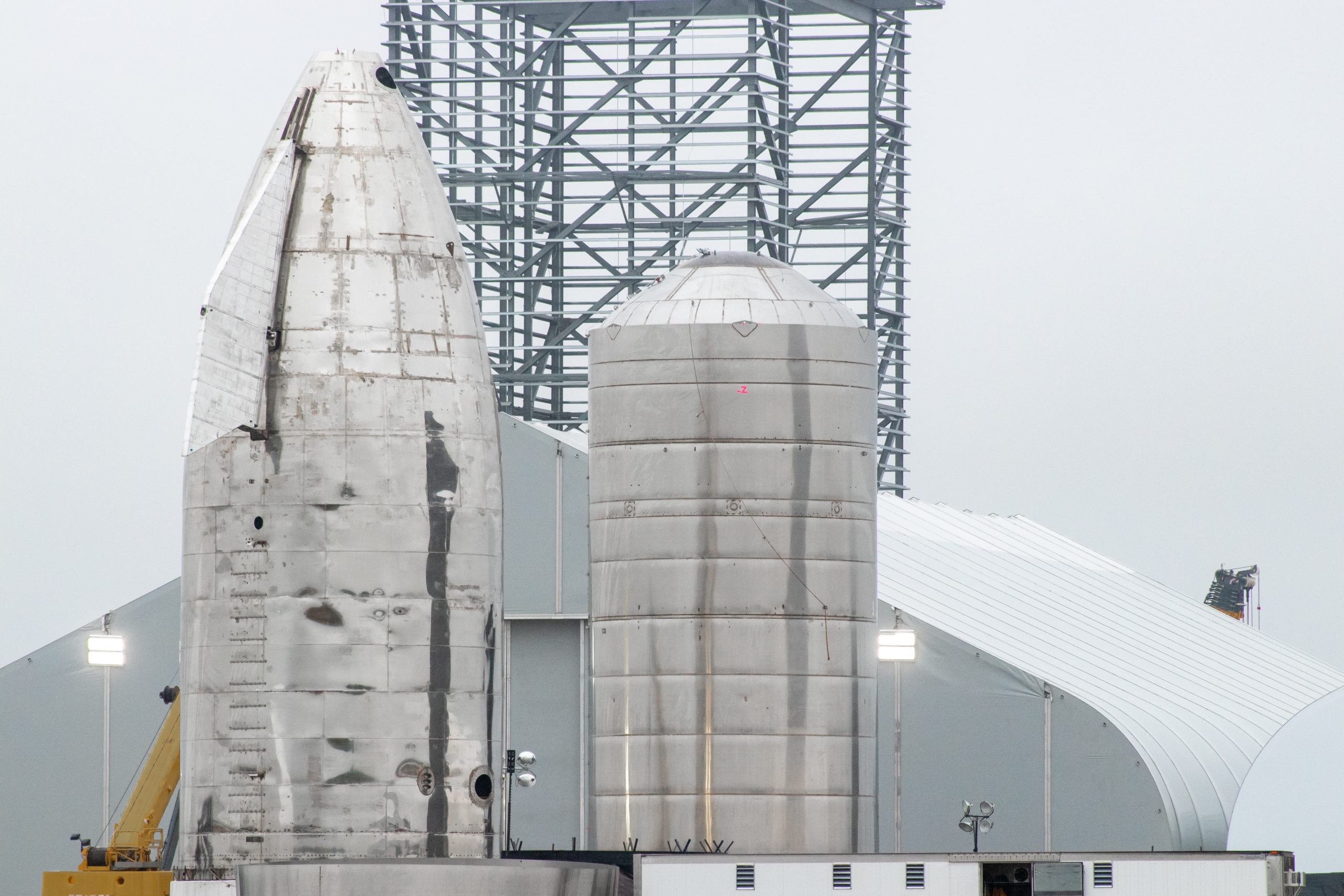 Over the past several weeks, SpaceX has built and tested several prototype tank sections based on the improved production techniques. Teams have made solid progress, with the most recent test successfully handling 8.5 bar at cryogenic temperatures.

Once SN1 is at the pad, SpaceX will likely perform a wet dress rehearsal – where the Starship is fully loaded with propellants – to ensure that the full-scale vehicle properly handles the cryogenic fuels.

Teams will then perform fuel preburner and ignitor tests with the three Raptor engines before eventually moving into the static fire test.

If all goes well, SpaceX will then proceed with the 20-kilometer hop.

While SN1 remains the company’s short term focus, SpaceX is also quickly preparing for the future of Starship production.

Numerous other facilities across the country are being readied for production to ramp up. 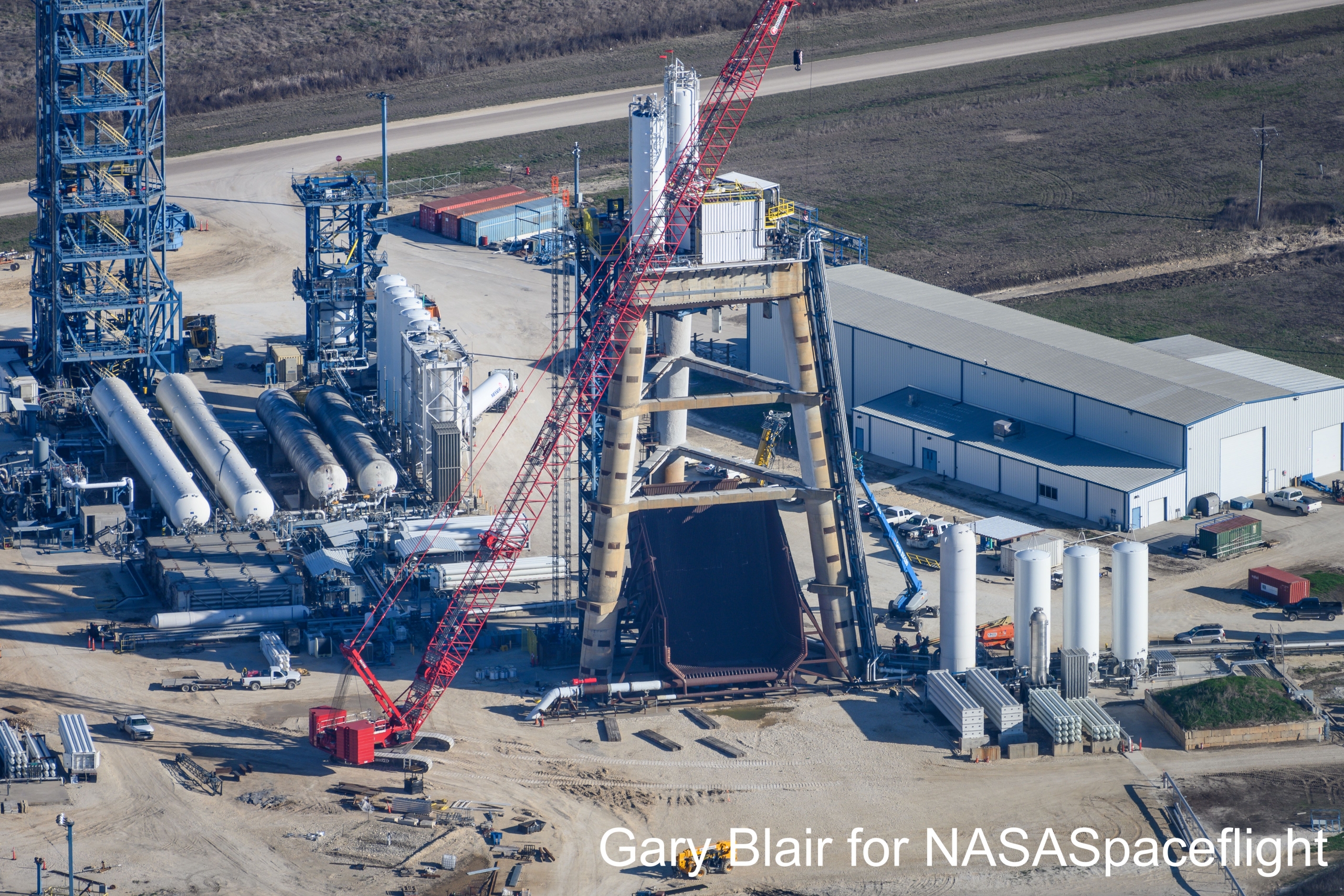 Flyby Photo of McGregor – Photo by Gary Blair for NSF/L2

At the company’s test facility in McGregor Texas, SpaceX recently completed the first hot firing of a Raptor engine on the iconic tripod stand.

The tripod stand was previously used for static fires of the Falcon 9 rocket but was sidelined when an upgraded test stand for Falcon 9 was built. Due to a need for a vertical Raptor test stand, SpaceX began modifying the tripod stand to support Raptor engine tests in the final months of 2019.

Raptor is the methane-fueled engine that will power SpaceX’s Starship and Super Heavy vehicles. 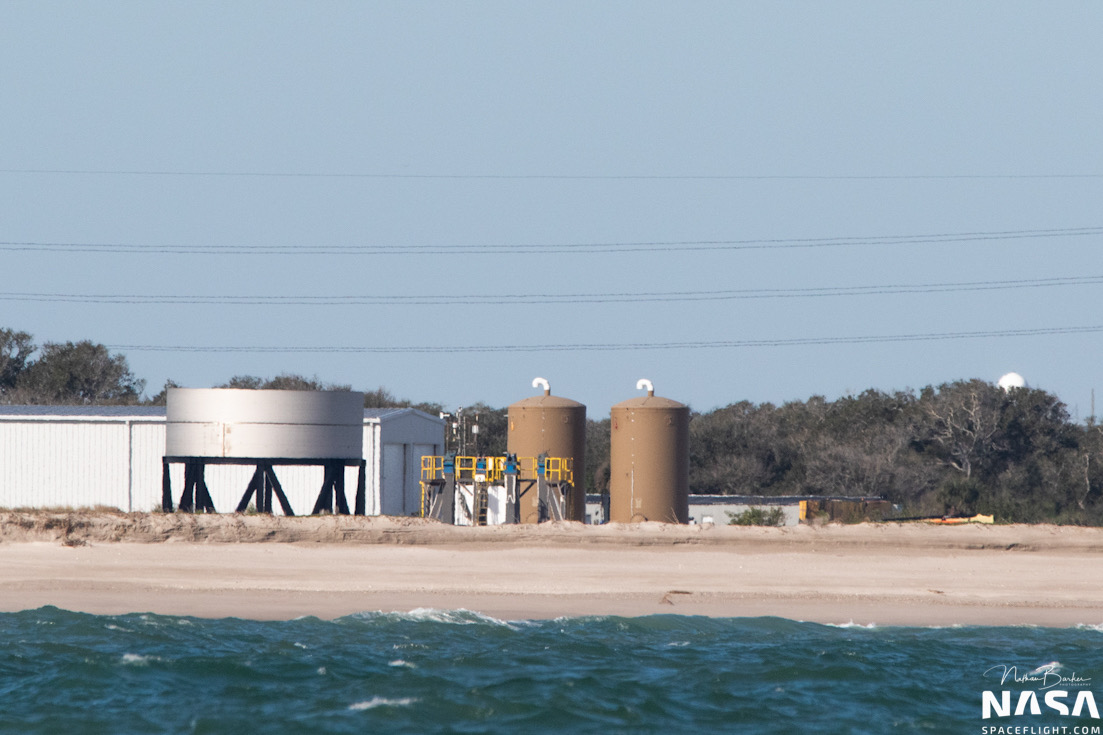 A Starship-like tank section appears to be under construction near the landing zone. It is understood that SpaceX plans to build a Raptor test stand at the facility.

Finally, on the west coast, SpaceX intends to once again build a Starship production facility at the Port of LA. The company pulled out of a lease agreement with the port last year after deciding to focus on building the vehicles in Texas and Florida instead.

SpaceX is now interested in a new agreement to utilize the Berth 240 at the Port of LA, as the company has decided that additional production real estate will be required to supplement their existing facilities.

Report: No Aouar for Juve

‘Mangrove’ Will Leave You Enraged, but That’s the Point

In deeply personal podcast, Dax Shepard shares he is recovering from a recent relapse