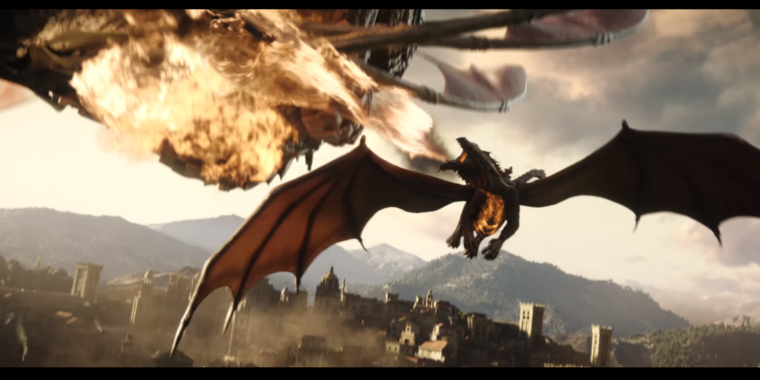 Larian Studios, the game maker behind the Divinity: Original Sin series, kicked off this weekend’s PAX East expo with an eagerly awaited look at their next massive RPG: Baldur’s Gate 3. This sequel to the acclaimed Dungeons & Dragons video game series, which was created by BioWare and left idle for over a decade, is already in a fully playable pre-alpha state, and an hour-long gameplay demo revealed what we can expect when the new game’s “early access” version launches on PCs “in a couple of months.”

In short: the Baldur’s Gate games you know and love appear to have been delicately treated in their handover to Larian, with upgrades befitting the span of time since BG2 launched in 2001. This is a modern game, in terms of 3D environments, dialogue, motion capture, and quality-of-life tweaks, but it’s also built on top of existing tabletop rulesets—and hearkens back to the era just before D&D 5E, when miniatures and tactical movement still reigned supreme.

The PAX East reveal event included footage of the game’s epic, pre-rendered opening movie. As a jaded games critic in 2020, I rarely type that kind of sentence in earnest, but the footage’s visual storytelling—about an evil force inflicting creepy eyeball-sucking worms onto a series of heroes to power a town-destroying Nautiloid, which is then chased off by heroes riding fire-breathing dragons through a portal into an icy tundra—is some of the most killer stuff I’ve seen attached to an RPG since, honestly, 2007’s Lost Odyssey. After this opening cinematic, players learn that they’ve successfully captured and killed said Nautiloid, all while teleporting it (and ourselves) to a region roughly 200 miles east of the Baldur’s Gate location in D&D’s Forgotten Realms universe.

The game’s cast of “origin stories” characters seem to revolve around this opening sequence, and Larian says it will have five such characters, with pre-selected stats, classes, and backstories, available when the game’s early-access period begins. Or if you’d rather roll your own hero, you can do so with six classes (wizard, cleric, fighter, ranger, rogue, and warlock) and eight races (tiefling, drow, human, githyanki, elf, half-elf, half-drow, halfling) at your disposal; more races and classes will be added when the game leaves early access, Larian says.

If you’re unfamiliar with Baldur’s Gate as a video game series, the short version is that it simply feels more like a true video game translation of the D&D tabletop ruleset, as compared to RPG series like Elder Scrolls or Final Fantasy. To that end, Larian has reportedly built BG3 on top of 2014’s D&D 5E ruleset, which affects exactly when and how dice rolls take place behind the scenes to determine various RPG-action successes (everything from saving throws to charisma checks). But in action, the gameplay reveal’s emphasis on character movement looks more like the World of Warcraft-like systems that D&D handlers Wizards of the Coast implemented when they rolled out the D&D 4E ruleset in 2008. However you slice it, the systems are far more streamlined for single-player RPG action than we got from the THAC0-derived AD&D systems in the original Baldur’s Gate games.

Yet even when we compare to existing D&D games, BG3‘s gameplay thus far breaks free from the board games’ shackles in a key way: ditching the hard grid of a typical board game session. When moving your party members around in a time-frozen, turn-based battle, distance meters appear for whichever direction you might want to move, as if you’re equipped with a retractable ruler a la Warhammer and other classic war tabletop games. Even more tantalizing is the PAX East demo’s first battle, which includes a series of criss-crossing bridges and, thus, an opportunity for true, free verticality in combat. This gooey battle against oversized insects looks like something a mad D&D dungeon master might build with hundreds of dollars of clay and putty, and yet Larian’s demo session made it look easy for characters to leap and climb up and down these structures of differing heights and even aim attacks above and below… so long as each action passed its D&D “difficulty check” (DC) of a dice roll.

Otherwise, BG3 looks like a dreamy translation of modern D&D action into a single-player adventure. Players can elect to leave the camera in a top-down perspective or shift it to a more modern, behind-the-back view; either way, the angle is distant and floaty enough to guarantee solid tracking of your whole party while also revealing epic draw distances and beautiful views of the game’s handsomely rendered worlds. The game switches to a turn-based system as soon as something resembling combat begins, but during the default “free movement” mode, players can tap a “freeze time” button at any time to engage in turn-based action, should they see an opportunity to split the party and have one hero carefully sneak up behind a new NPC while the others engage them in conversation.

Once time freezes, players get six seconds per turn to choose a variety of moves within the official D&D ruleset, including powers that only work once per encounter, moves that require specific DC dice rolls, and so on. Want to sneak? Crouch and walk through shadows (or even use your abilities to create shadows). Want to throw a box? Should your dice roll succeed, you will. Want to use a D&D-styled action point during a crucial moment? If you haven’t blown that action point yet, you’re in luck.

When presented with dialogue, players are able to respond in D&D-style fashion. The original Baldur’s Gate video games had players respond mostly with scripted dialogue, but now players pick phrases that sound like what you might say to your Dungeon Master at a game table: “I said that it was my business, not his” or, “I suggested there might be another way in.” Your chosen hero will occasionally speak out loud in clear fashion, but more often, the game lets you imagine your exact word choice as a role player. It’s one of the most clever dialogue systems I’ve ever seen in an RPG, and I applaud Larian for trying it.

The hour-long look at the adventure, and at how it lets players engage in an epic, dice-filled adaptation of D&D’s rulesets, has us convinced that Larian is on the right track for this game’s 2020 early access launch; though the show included a vague promise of a launch “in a couple of months,” we won’t hold our breath until we hear about a firmer launch window.

Layoffs hit another Softbank co as $3.2B Flexport cuts 50

To keep the lights on during COVID-19 emergency, power company workers sequester in the office

Utility providers in New York and Tallahassee are housing employees at work.April 2, 2020, 3:23 PM6 min read Think how much worse this coronavirus crisis would be if the power went out. That’s one of the reasons utility operators, the people who run your electricity service, are taking steps to sequester employees in offices, power…

US DNC postpones 2020 convention due over coronavirus pandemic

Aldon Smith to the Cowboys: How it happened and what the former All-Pro has to say about signing with Dallas

To keep the lights on during COVID-19 emergency, power company workers sequester in the office

Utility providers in New York and Tallahassee are housing employees at work.April 2, 2020, 3:23 PM6 min read Think how much worse this coronavirus crisis would be if the power went out. That’s one of the reasons utility operators, the people who run your electricity service, are taking steps to sequester employees in offices, power…