Trinity Episcopal Church in Fort Worth has closed its building and offices for the week after a member of their church leadership tested presumptive positive for COVID-19.

Father Robert Pace, 53, remains in the hospital in isolation, church leaders confirmed Wednesday. According to Rev. Janet Waggoner with the Episcopal Diocese of Fort Worth, Pace has been with the Fort Worth congregation since December.

“His spirit is strong. He is a cheerful,
fun-loving, deeply spiritual man who cares for people like you wouldn’t
believe. People return that to him, of course,” Rev. Waggoner told NBC 5. “I think our communities of faith are uniquely equipped to
come around people and support people when these kinds of things happen and we
are honored to have to this kind of role in our community where we have
networks and systems of support.”

The latest news from around North Texas. 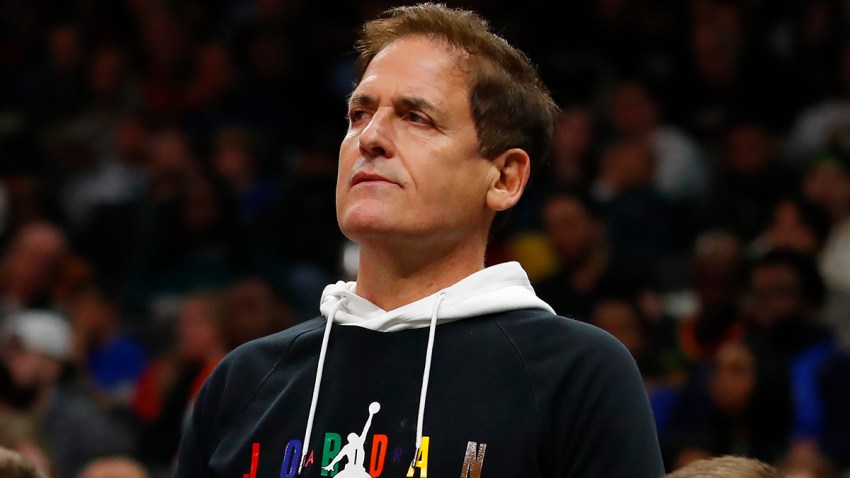 Pace is the first presumptive positive case in Tarrant County. After initial discussions with the public health officials this week, church officials said the rest of the congregation is not at risk.

According to the Episcopal Diocese of Fort Worth, Pace
attended the Consortium of Endowed Episcopal Parishes (CEEP) at its annual
conference in Louisville, Kentucky on Feb. 19 through Feb. 22.

In a letter posted on the church’s website, Pace said he began feeling sick around Ash Wednesday evening.

“The start of Lent for me has been one for record books. I
have “involuntarily” fasted for days on end, and I certainly have
been saying prayers of intercession. All of this because I have had a virus
that came on some time around the evening of Ash Wednesday. With high fevers, a
horrible, painful cough, and some nausea, this has been humbling. But I am
finally getting better,” the letter stated.

Katie Sherrod, director of communication for the Episcopal Diocese of Fort Worth, said they were told by public
health officials that Pace’s presence at the Ash Wednesday services on church
premises was not a concern, because he was asymptomatic then.

Pace tested negative for the flu twice one day after Ash Wednesday. The next time he was on church premises was last Wednesday, March 4 for a Lenten program.

“That particular program night, that is when he was here –
that is what Tarrant County Public Health is focusing on,” said church
communications director Sarah Martinez. “They basically just want to reach out
to the folks that were at that event and what I’ve been told is they are simply
reaching and asking people to monitor their health.”

NBC 5 is told all hard surfaces in Pace’s offices and commonly touched surfaces were wiped down following the March 4 event – along with the lectern, microphone, chair and piano bench. His exposure to anyone within three feet of him was also very limited, church leaders say.

Martinez told NBC 5, the decision to cancel Sunday services this week was not mandated by any public health officials. It was a decision by church leaders out of an abundance of caution, she said.

Crews already clean the church and offices day and night, every other day. There’s also hand sanitizer available, along with plenty of areas to wash hands.

“The folks from Tarrant County Public Health were fantastic – got on the phone with me for a very long and detailed conversation, which put a lot of concerns at ease,” she said, referring to a Tuesday night conversation. “[They] have said to me, there’s no reason for any kind of deep clean, sanitize of the church premises.”

The church
was a polling place on Super Tuesday, specifically in its Parish Hall. On the
day of the election, Pace had not been in the church building or office for
five days. Tables, chairs, and election equipment were provided by elections officials
– not the church.

Next door
to the church building is a preschool, which is on spring break this week. Diocese
officials say none of the children had any exposure to Pace.

Rev. Waggoner
says Pace’s wife, Rev. Dr. Jill Walters, has tested negative for COVID-19, but
she will remain in self-quarantine at home for 14 days. She encouraged people
who may know individuals currently isolated or self-quarantined to reach out to
them via text or phone call, if possible, so they did not feel alone.

The Lenten program scheduled for Wednesday evening has been canceled.

To read the full release from the Episcopal Diocese of Fort Worth and Trinity Episcopal Church in Fort Worth, click here.

Sheriff addresses inmates claim he was exposed to Coronavirus

Despite hundreds of thousands of Cybertruck pre-orders, Elon Musk told Automotive News that Tesla will build a “normal truck, no problem” if people don’t buy the unique design.An exact number or pre-orders isn’t known. Musk has previously said Tesla had crossed 200,000 pre-orders since the Cybertruck was revealed in November, but a Wedbush analyst pegged…

More data, but still confusion over how much children spread SARS-CoV-2

If there is one trait that would link a TikTok acquisition with the other big deals Microsoft Corp. Chief Executive Satya Nadella has done, it is his willingness to pay big bucks to expand the software giant’s universe of users. Getting new users is one thing, linking them into a cohesive business strategy is another.…