PCR Tests For The Coronavirus Can Be Compromised By Lab Errors : Shots – USA DAILY NEWS
Skip to content 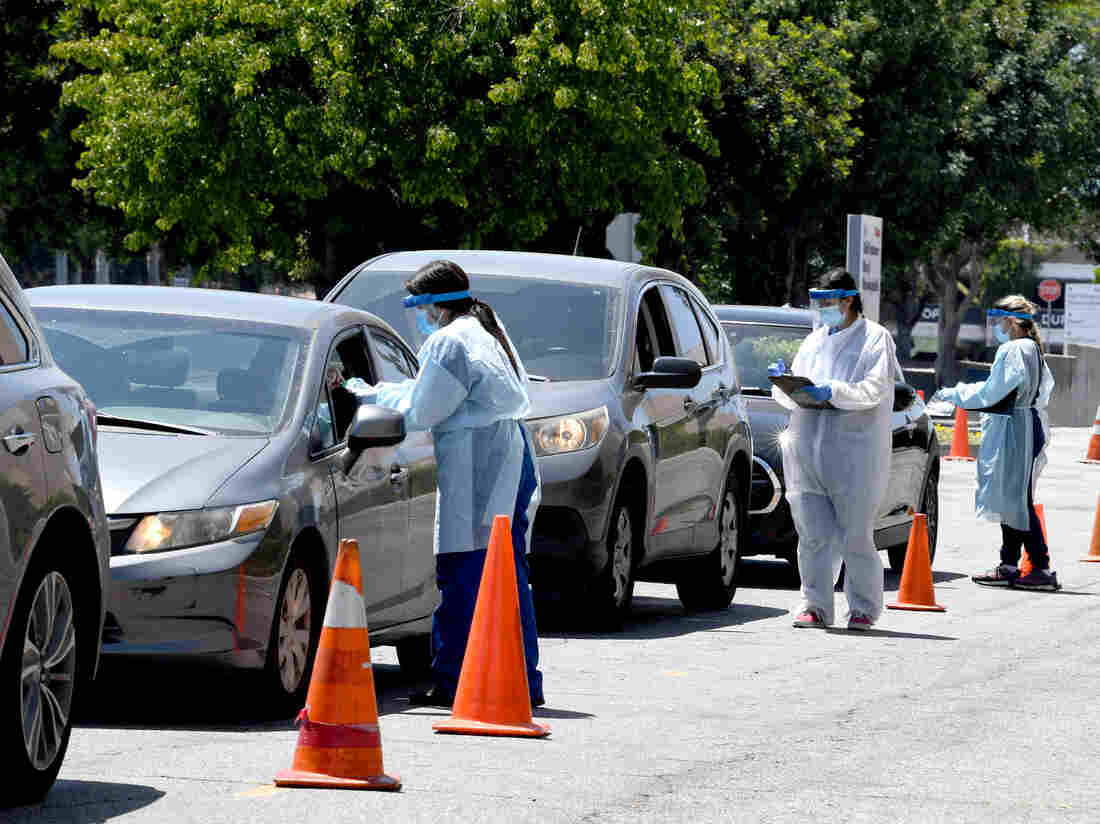 Drivers line up for COVID-19 testing in the Sherman Oaks neighborhood of Los Angeles in May. 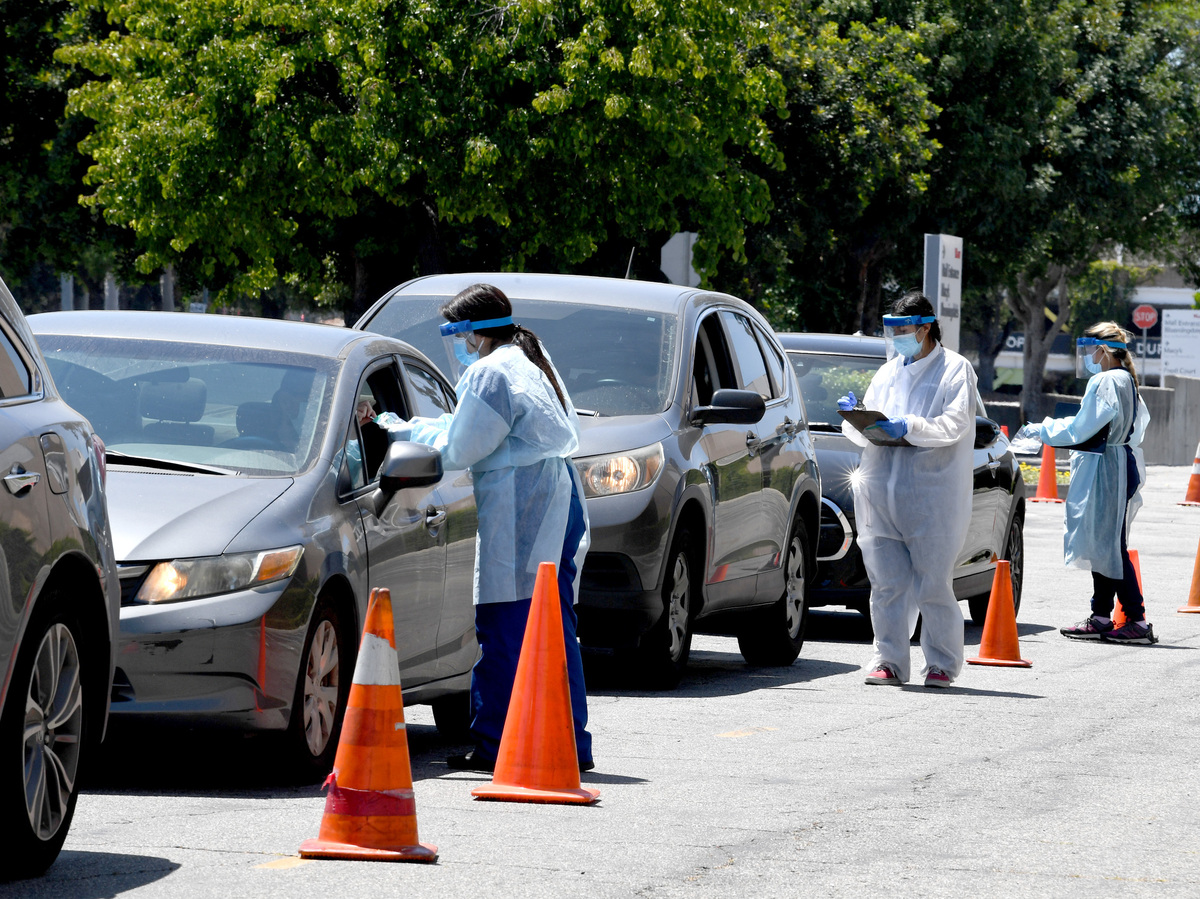 Drivers line up for COVID-19 testing in the Sherman Oaks neighborhood of Los Angeles in May.

During the coronavirus pandemic, many scientists who usually have nothing to do with viruses or infectious disease are turning their attention to COVID-19. For example, one wildlife biologist is raising questions about the accuracy of tests that detect the coronavirus.

In normal times, Andrew Cohen focuses his attention on issues of ecology and conservation, as director of the Center for Research on Aquatic Bioinvasions.

In 2007, the state of California hired him to fight back the invasion of non-native mussels, which had been wreaking havoc on ecosystems in the eastern United States.

“We began getting reports after that of these mussels showing up all across the western U.S.,” he says.

Scientists were using a clever technique to find them. They’d take a water sample and then look for the tiniest traces of genetic material from these mussels. They used a test called PCR (short for polymerase chain reaction), which vastly amplifies genetic material to look for mussel DNA. This is the same technology used to diagnose COVID-19.

The studies kept coming up with alarming results, showing signs of invasion by these pests. But Cohen grew suspicious.

“I began to realize that many of these — if not all of these — were false positives, especially when they started being reported in waters that had chemistry that would not allow the mussels to reproduce and establish themselves,” he says.

Cohen wanted to understand why these tests were going awry, so he could spread the word to the labs that were using them. “I eventually turned to the medical literature to look at assessments that had been done of medical diagnostic labs that used PCR-based testing in humans.”

Fast forward to March 2020. Cohen started thinking about this issue of false positives. He was skeptical of reports that people with absolutely no symptoms were nonetheless getting positive PCR test results for the coronavirus.

“I began wondering whether these asymptomatic carriers weren’t in large part or in whole part the human counterparts of those false-positive results of quagga and zebra mussels in all those water bodies across the across the West,” he says.

He dug in and found that in previous outbreaks, such as SARS, scientists ran a second PCR test before confirming a case. The Centers for Disease Control and Prevention started to do that as well during the earliest days of COVID-19. Labs capable of running their own tests were also told to send a sample to CDC for confirmation. But that system was quickly abandoned, as the number of cases grew and the ability to test remained limited.

Cohen, working with physician colleagues in Hawaii, surveyed procedures for coronavirus testing around the world, including the governments of Canada and the U.K., as well as the World Health Organization and the CDC but found no requirement for re-testing positive samples. (The CDC recommends that a patient who has recovered from coronavirus infection in the hospital be tested twice before being discharged, but the concern there is a much more common problem with these tests: falsely negative results).

So, Cohen updated the survey of medical testing he’d done to explore the cause of false-positives in wildlife testing. He posted that paper online.

It hasn’t been peer reviewed, but Dr. Bobbi Pritt, a clinical microbiologist who chairs the microbiology committee for the College of American Pathologists, says his numbers seem reasonable.

Certified labs like hers use procedures to reduce the risk of false test results, since a false-positive test can lead to a medical misdiagnosis. But slip-ups are inevitable.

Most errors are caused by poor sample handling or other errors even before a sample gets to the lab, she says.

And PCR is so incredibly sensitive, contamination is a particular concern. Even the tiniest amount of stray material in a lab can spell trouble, Pritt says.

“That viral material could get into the environment and then contaminate your specimens around you and then cause false-positives in those specimens.”

That kind of problem is apparently what caused the CDC’s own coronavirus test to fail back in February, according to a Washington Post investigation. Labs in Europe also reported contamination issues with some of their coronavirus tests.

Even automated testing machines, like the ones used at the White House, can produce false-positive results. They are designed to use simple plug-in cartridges, but “it doesn’t mean that they are foolproof,” Pritt says. “We’ve observed some of these tests and these little cartridges have issues such as leaking — even amplified viral nucleic acid — into the laboratory, which can cause quite a bit of problems.”

The College of American Pathologists is now starting to help labs evaluate the accuracy of their coronavirus PCR tests.

And there’s a lot at stake for getting these tests right.

People can be sent to isolation for weeks with a positive test result. Hospitals risk running short-staffed if too many workers test positive. People who are diagnosed with COVID-19 in a hospital may not be allowed to return to nursing homes or other senior living situations.

As for Cohen’s original concern about asymptomatic carriers, he still believes false-positives could be a big part of that. Unfortunately, the studies to date have not tracked patients carefully, so it’s not possible to say just how big a role false results could be playing.

Cohen is concerned that researchers aren’t taking potential false-positives in PCR tests seriously enough. “As near as we can tell, the medical establishment and public health authorities and researchers … appear to be assuming that the false positive rate in in the PCR based test is zero, or at least so low that we can ignore it,” he says.

He is particularly concerned about research that seeks to track the progress of the epidemic. In areas where the disease is rare, there will be few truly positive results in apparently healthy people. If a PCR test has a 2% error rate in area where only 1% of the people are actually infected, Cohen notes, most of the positive results will be false positives.

That’s the lesson from his attempt to track invasive mussels.

“Actually, nobody has ever found a quagga or zebra mussel” in these vast stretches of the West, he says. It turned out all the positive test results were false.

You can contact NPR Science Correspondent Richard Harris at rharris@npr.org.