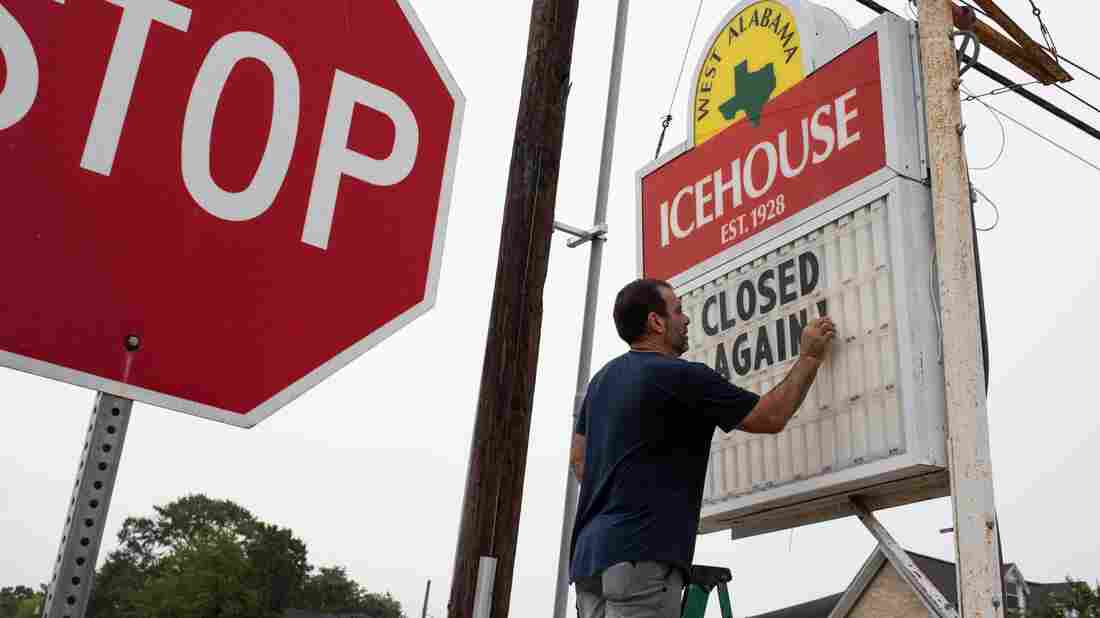 Bar owner Petros J Markantonis changes the marquee outside his bar to “Closed Again” at the West Alabama Ice House in Houston. 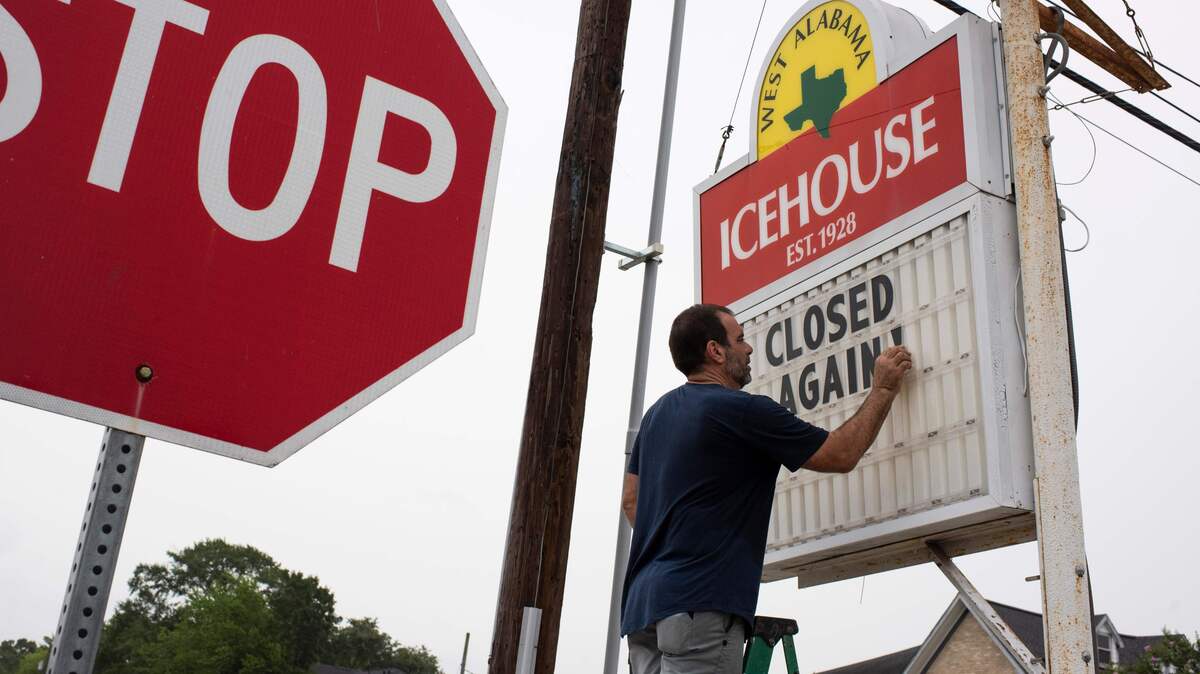 Bar owner Petros J Markantonis changes the marquee outside his bar to “Closed Again” at the West Alabama Ice House in Houston.

Texas Gov. Greg Abbott imposed new limits on bars and restaurants Friday, one day after declaring he didn’t want to move backward and shut down businesses.

But many people aren’t waiting. Faced with a growing number of coronavirus cases across the South and West, they’re making their own choices about spending, and many have already locked down their wallets.

“The virus is the boss,” University of Chicago economist Austan Goolsbee says. “This is not a thing to be decided by governors or mayors or anybody. People have to feel comfortable to go out. And if they don’t, they’re going to stay home.”

Goolsbee found that whenever the coronavirus death toll increased, customers dialed back their shopping and stayed home, even if local governments didn’t issue stay-at-home orders.

Just ask Houston bartender Blair Ault, who has been staying home, except when she has to work, as hospitals in her city struggle to deal with a surge in coronavirus patients.

“As a bartender I do frequent bars. And I have completely cut that out,” Ault says. “And I know a lot of other people who are — I want to say sensible — are making that choice as well.”

“You have a pulse of the situation, pretty much in real time,” says Antonio Tomarchio, CEO of Cuebiq. His company uses cellphone location data to track consumers’ behavior.

“If we start getting another big cluster of cases that turn into a rise in deaths, we could be in for another significant economic hit,” Goolsbee says.

A test will come in places such as New York and Massachusetts, which were pummeled early in the pandemic but where caseloads have since dropped. New York City this week began to allow limited outdoor restaurant dining. Observers will watch closely to see if that slower, more cautious reopening avoids the kind of spike in infections that has plagued Sunbelt cities.

Businesses are also making their own choices. Some have decided to shut down again. Apple has temporarily closed dozens of stores in Texas, Florida, Arizona, North Carolina and South Carolina.

When customer traffic drops, even businesses that stay open may need fewer workers. Hours worked in Houston declined in recent days after climbing for most of June, according to the scheduling software company Homebase.

Bartender Ault had told NPR she was nervous about working in Houston on Friday night and said she hoped people would stay away, even though that would mean reduced tips.

In the end, the governor made the choice, ordering Texas bars to close at noon Friday.

Drew Angerer / Getty Images LONDON — Daniel Ek, the founder and chief executive of Spotify, has invested in Swedish battery firm Northvolt, which is building a Gigafactory in Sweden’s Lapland region.Stockholm-headquartered Northvolt announced Tuesday that it has raised $600 million in equity funding from Ek, Swedish businesswoman Cristina Stenbeck, and institutional investors like Baillie Gifford,…

JPMorgan Chase & Co. agreed to pay $920 million and admit misconduct tied to manipulation of precious-metals and Treasury markets, regulators said Tuesday. The settlement resolves investigations by the Justice Department, Commodity Futures Trading Commission and the Securities and Exchange Commission, according to a CFTC statement issued Tuesday. The fine is the largest ever imposed…

Cities Experiment With Remedy for Poverty: Cash, No Strings Attached