Lionel Messi enters 700 club: Cristiano Ronaldo is there too – but neither have scored as many as Josef B – USA DAILY NEWS
Skip to content 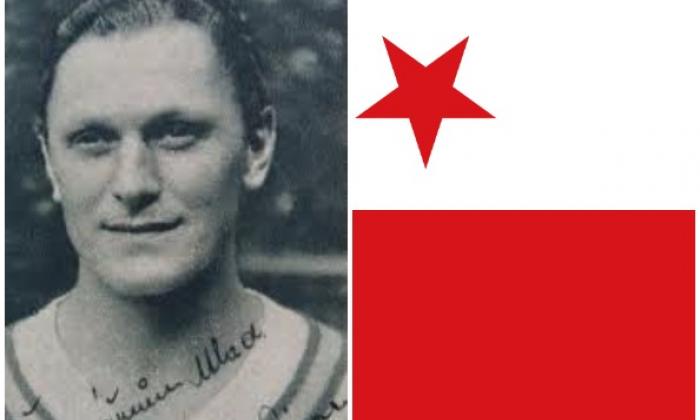 Lionel Messi has become only the seventh player in history to score 700 goals for club and country.

The Argentine superstar scored a Panenka penalty against Atletico Madrid to reach 630 for the Catalans, which coupled with his 70 for Argentina, takes him into the prestigious 700 club.

Messi and great rival Cristiano Ronaldo are among the best to have ever played the game and certainly have the statistics to back that up.

The debate over which superstar is superior has raged on for several years but one thing is for sure, both men have helped reshape modern football.

Messi and CR7 have scored more than 1,400 career goals between them and are among the leading scorers in football history.

But who else is on the all time top goalscorers list and where do the current stars sit?

Messi and Ronaldo still have a few years left before they hang up their boots and both will be looking to climb up the top ten goal-scorers in history.

However, they’ll have to continue their prolific form for a number of seasons yet if they are to surpass the legendary Josef Bican.

A Brazilian journeyman who certainly had the eye for goal.

Only recently retired, Tulio played for nearly 40 clubs in his career.

The German great was prolific for Hamburger but struggled to turn his goals into silverware.

He scored twice in his one and only appearance for Ireland’s Cork Celtic in 1978.

One of Hungary’s best during their heyday and a legend in his home country if not as much elsewhere in the world.

Incredibly, Deak scored over three goals per game during his career at Szentlorinci AC.

A true one club legend, Messi has won countless awards to go along with his goals at Barcelona.

The Argentine is still going strong and will be looking to overtake a few more names on this list before he retires.

The striker’s most important goal was the winner in the 1974 World Cup final as Germany beat the Netherlands 2-1 in Munich.

Muller is also Bayern Munich’s record goalscorer and has well over double the second best.

CR7 has won everything in the game but still has his eyes set on more.

Another Hungarian icon, Puskas now lends his name to the award for the most beautiful goal of each year.

He made his name in Budapest before cementing his legend at Real Madrid.

One of the greatest ever and a three-time World Cup winner.

Pele scored nearly a goal-per-game during his 656 competitive games for Santos, though claims to have scored 1000 in his career.

Is he all that? Jason Cundy insists Pele ‘wasn’t as good as Messi and Ronaldo’

He enjoyed a stellar career at a number of top clubs around the world.

Scoring 395 in 217 games for Slavia Prague, Bican claims the honour as football’s leading goalscorer of all-time.

It is said he scored close to 1,500 goals in total during his playing days.

All stats correct as of 15/04/2020 and courtesy of Rec.Sport.Soccer Statistics Foundation

NASCAR drivers rally around Bubba Wallace at Talladega: “We want to stand with our friend”

Di Biagio: 'SPAL were so close'

Maren Morris’ husband Ryan Hurd says his wife is a “great mom” after she was shamed online for posting a photo of herself and their baby son lounging on a pool float in a shallow lake.

Washington Redskins to ‘conduct a thorough review’ of its name

CLOSE This is how often you should wash your cloth face mask. USA TODAYHave you been wearing a face mask when you leave the home?As coronavirus cases continue to rise in at least 40 states, many governors are instituting or renewing orders requiring people to wear face coverings in public. Most of the orders require…

The fight over monuments asks, who is an American hero and who is a ‘symbol of hate’?

After decades of failing minority students, this school district is pushing for racial equity. Here’s how.