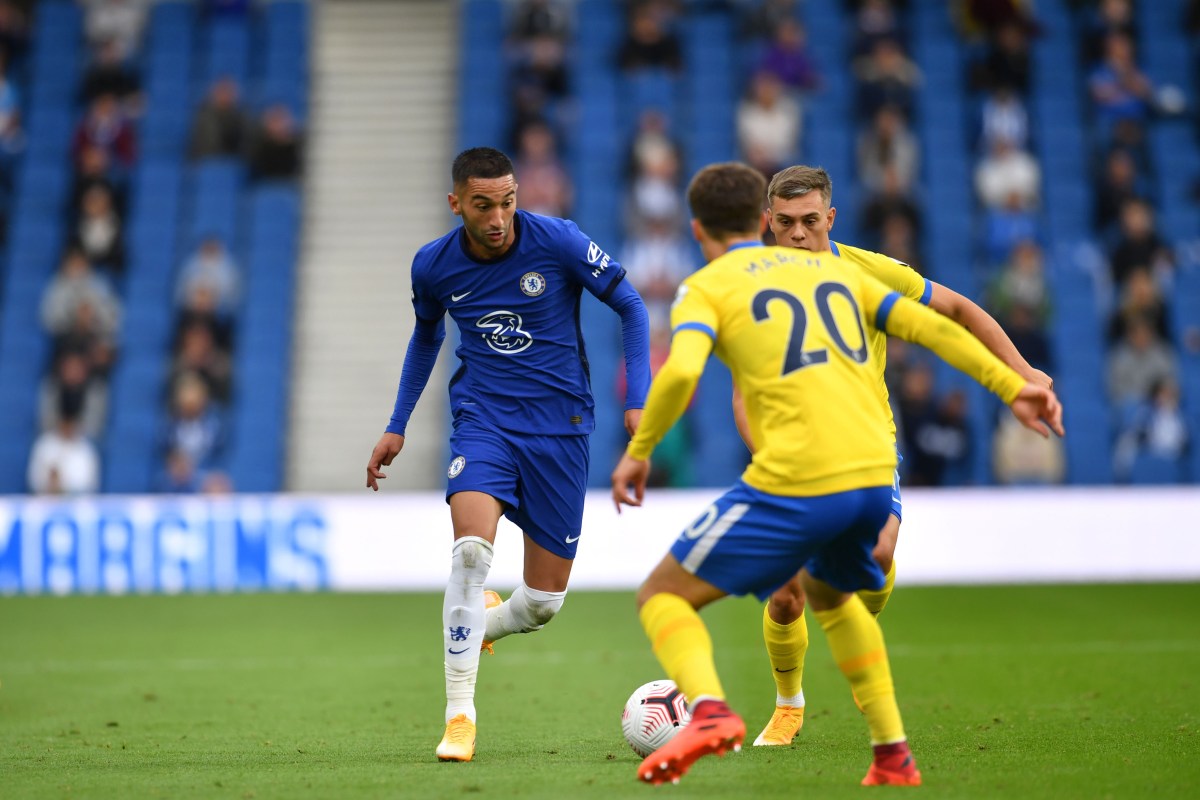 Ben Chilwell, Hakim Ziyech and Thiago Silva will be forced to wait for their competitive Chelsea debuts when Frank Lampard’s side face Brighton on Monday.

Chilwell, a £50million signing from Leicester and Ziyech, who arrived for £33m from Ajax, have been ruled out of the club’s Premier League opener with foot and knee injuries, respectively.

Meanwhile, Thiago Silva, who joined on a free transfer after leaving Paris Saint-Germain, is yet to train with his new club.

Ahead of Chelsea’s trip to the Amex Stadium, Lampard said: “Hakim Ziyech took an injury to a knee against Brighton [in a pre-season match] so won’t be fit.

“We hope it’s a matter of weeks, a couple of weeks but we have to see.

“Ben Chilwell is working towards fitness and improved this week. He’s going in the right direction but won’t be ready for Brighton.

“Thiago is in London but isn’t training with us until the weekend, so is not in contention for the Brighton game.”

Lampard has been boosted by the returns of Cesar Azpilicueta and Christian Pulisic.

Both players were forced off with hamstring injuries in last month’s 2-1 FA Cup final defeat to Arsenal, but have made full recoveries.

Lampard added: “They are in contention for Monday.

“The way they are training and their attitude, they have looked like they are over their injuries. We’ll have to manage it.”

Lampard could unleash two new summer signings against Brighton with Timo Werner and Kai Havertz – who cost a combined total of around £116m – ready to go.

Meanwhile, Fikayo Tomori has been heavily linked with a season-long loan move to Everton.

However, Lampard insists the England defender can still fight his way into the starting XI at Stamford Bridge.

Asked if Tomori would be going out on loan, Lampard replied: “With Fikayo, no, I’m not aware of those conversations getting to any point where I’m going to be talking about that.

“Fikayo trained with us today and is in contention for the Brighton game, and that’s where we’re at.

“There’s nothing specific I want him to improve, all I want him to do is work hard, show the work-ethic he’s shown me at Derby and for major parts of last season.

“I hope every player knows at that point I’m fair in how I try to pick the team.

“With four centre-backs last year, two will be unhappy pretty much every week, it’s up to them to try and make a starting place their own, and those are just the rules at a club like Chelsea.”

Inter to meet with Lautaro's entourage

Done deal: Under moves to Leicester

Trump Star Vandal Up to Old Tricks … Drops Anti-Trump Flyers from Empire State Building 9/18/2020 12:50 AM PT Exclusive TMZ.com James Otis — best known as the guy who destroyed Donald Trump’s Hollywood Walk of Fame star right before he was elected president — is trying to do his part to make sure DT…

How do music festivals adapt to a pandemic? They Fest in Place, of course

Big Brother Spoilers: Who Won The HOH, And What It Might Mean For Week 7

One after another, a dozen young cheerleaders raced across a springy blue mat and flung themselves into a series of roundoffs and backflips, the thump of their hands and feet reverberating through the open Ohio gym. Mishelle Robinson, the gym owner and coach, called out instructions across the cavernous warehouse.”Arms up!”Photos of beaming athletes and a line of golden trophies adorned the walls. Among a row…