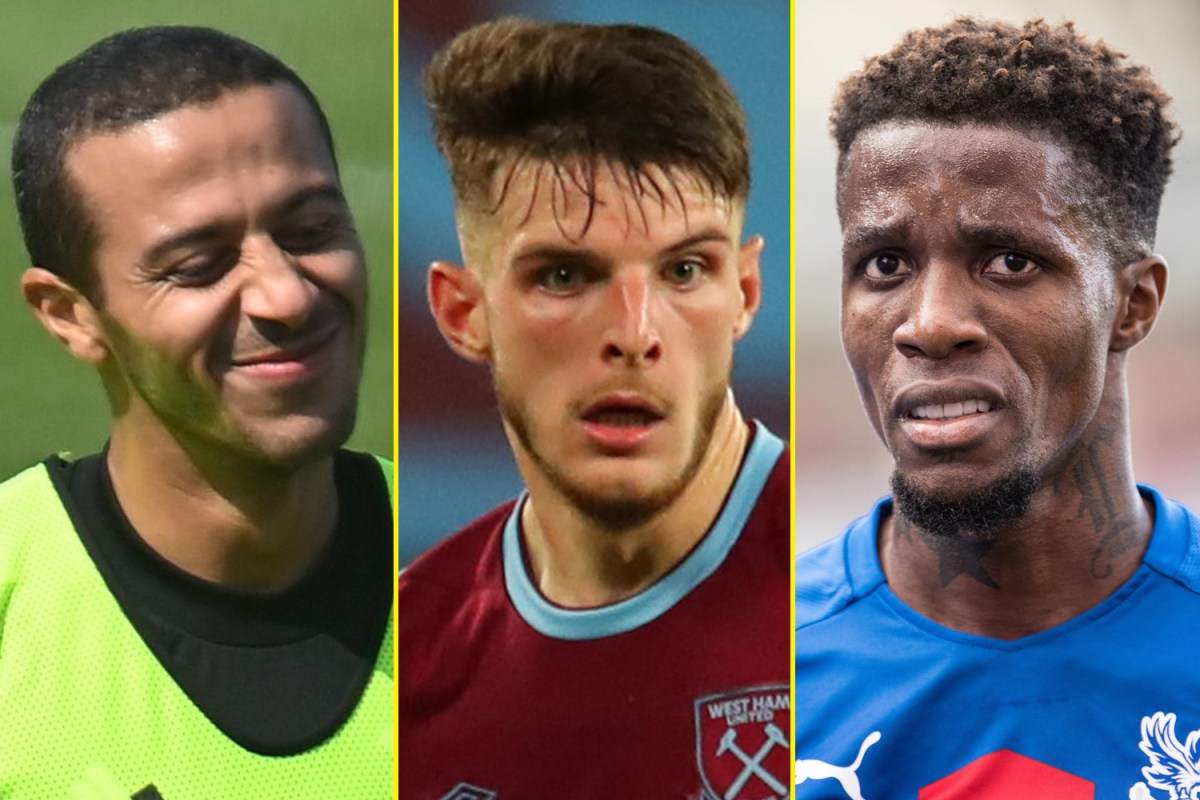 Liverpool will wait until the final week of the summer transfer window to make an official move for Thiago Alcantara, according to talkSPORT sources.

The Reds are understood to be favourites to sign the Bayern Munich midfielder, despite reported interest from Premier League rivals Manchester United.

United have made contact with the 29-year-old agent, but signing another midfield player is not longer on their list of priorities following the arrival of Donny van de Beek from Ajax.

That has left Liverpool on their own at the head of the chasing pack, but the Reds are planning to delay making their move until the eleventh hour of the summer window as they try to get the best deal for Thiago.

That’s according to talkSPORT’s transfer guru Alex Crook, who joined Jim White on Monday afternoon to share his latest information on Liverpool’s Thiago saga, plus Chelsea’s pursuit of Declan Rice and Wilfried Zaha’s future at Crystal Palace – which could be tied to Jadon Sancho’s potential move to Old Trafford.

Firstly, though, on Thiago’s will he, won’t he Liverpool move:

“We’ve spoken a lot about this one, and it’s going to go right to the wire, I think,” said Crook.

“If Wijnaldum goes I think Liverpool will accelerate their interest.

“I know Manchester United have spoken to Thiago’s agent but midfield is not a priority for them at the moment.

“Liverpool are still the front-runners, but they’re trying to force Bayern Munich to lower that €30m asking price.

“I’m not expecting a bid to come in probably until the final week of the window.

“Liverpool are making one signing, 17-year-old goalkeeper Marcelo Pitaluga from Fluminense for £700k, but I’m not sure that’s going to excite their supporters too much at this stage.”

“West Ham can’t sell Declan Rice, cant they? You look at the reaction to the transfer of [Grady] Diangana; if they were to sell another of their perceived crown jewels the fans would be in absolute uproar,” added the transfer guru.

“My understanding is the owners are desperate to keep hold of Declan Rice.

“Chelsea are still pushing in the background, but it would take a massive offer and I don’t see it happening.

“West Ham need players in; I understand David Moyes is potentially looking at Chelsea left-back Emerson, one of a number of players that could leave Stamford Bridge.

“I think if any club is in need of a spark now, something to get the fans excited, it’s West Ham United.”

There’s also renewed speculation over Wilfried Zaha’s future at Crystal Palace, after he ended his goal drought with the winning goal in the Eagles’ opening day win over Southampton.

And Crook revealed his desired summer move to play Champions League football could hinge on his former club Man United and their possible signing of English wonderkid Sancho – which our man in the know expects WILL happen.

“I’m not sure how to read Zaha’s performance against Southampton,” he said.

“I thought he was very good, but is that because he’s still trying to put himself in the shop window, or because he’s resigned himself to the fact that he will be staying at Crystal Palace?

“Roy Hodgson told me at the end of last season that Zaha’s head had been turned.

“Crystal Palace very much seem the front-runners for Said Benrahma. We know the asking price is £20m and Brentford are willing to do business.

“And that does beg the question, because they’ve already signed Eberechi Eze and if they get Benrahma too, what does that mean for Zaha? Is that Roy Hodgson planning for his future?

“There had been some talk over in Germany that maybe if Jadon Sancho does join Manchester United, and I do still expect that deal to happen, then maybe Zaha would be a possible replacement at Borussia Dortmund.”