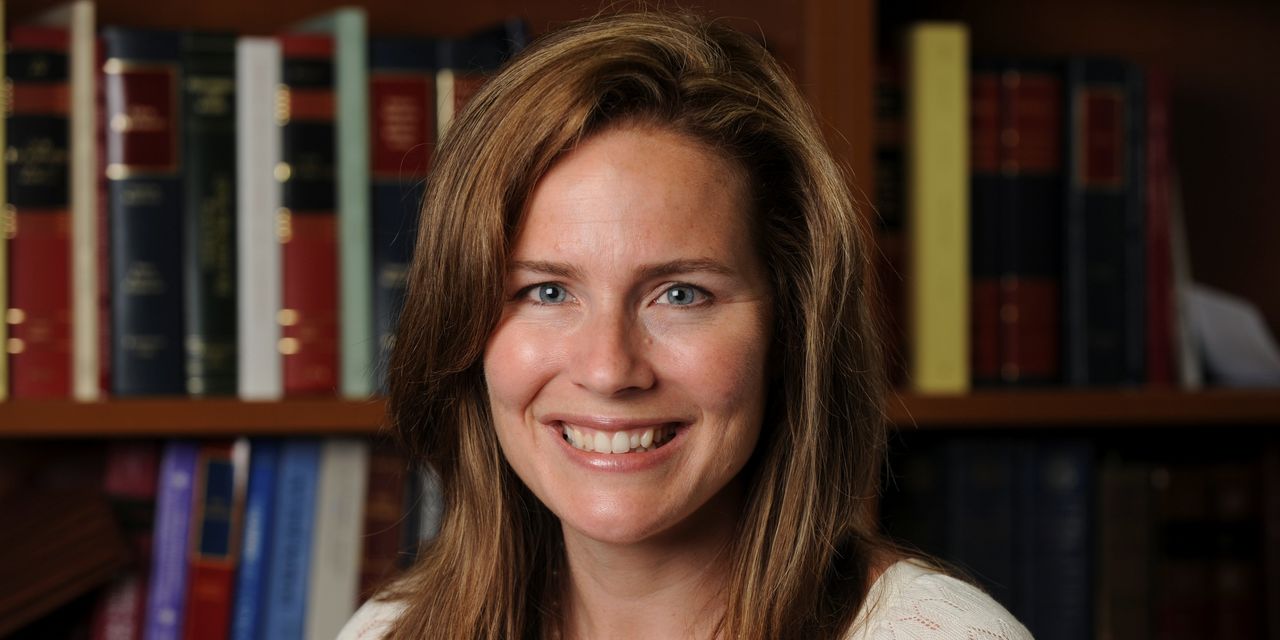 From the moment President Trump selected Brett Kavanaugh for the Supreme Court in 2018, Judge Amy Coney Barrett became a front-runner for any future high court vacancy that might arise during his presidency.

Judge Barrett, 48, a member of the Chicago-based Seventh U.S. Circuit Court of Appeals since 2017, has a reputation for possessing a first-rate legal mind—and solidly conservative views.

“She’s very highly respected,” Mr. Trump said Saturday. The president said he planned to choose a woman to fill the seat vacated by Justice Ruth Bader Ginsburg, who died Friday at the age of 87, and Judge Barrett is at the center of the conversation.

The president indicated he will review other candidates as well, including Judge Barbara Lagoa, a federal appellate judge who previously served on the Florida Supreme Court, the first Cuban-American to do so.

A finalist when Mr. Trump chose Justice Kavanaugh, Judge Barrett interviewed with the president in 2018 and impressed him and his advisers. But she also had been on the appellate bench less than a year after 15 years teaching law. That short experience, and the prospect that she could spark a particularly bitter confirmation fight over abortion rights in a closely divided Senate, were among the factors the White House considered at the time, The Wall Street Journal reported.