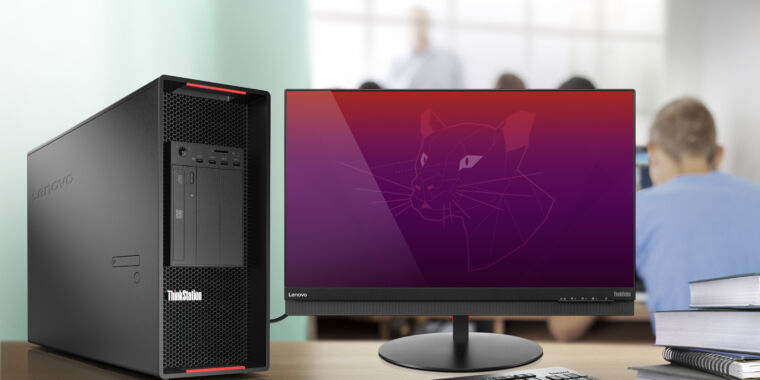 It’s getting easier to find OEM-installed and -supported Linux computers.

The devices themselves—and their Ubuntu certifications—aren’t new, but the public accessibility is. Previously, these systems were only available to enterprise customers via custom bid, but the 27 new models—mostly featuring Ubuntu 20.04, except for the L series laptops featuring Ubuntu 18.04—will now be available for retail purchase through Lenovo.com. Just beware of the footnote warning that some models may be limited to specific markets.

Although it has been simple for individual customers “in the know” about enterprise-only model certifications to buy those machines with Windows and install Ubuntu themselves, the new OEM program removes roadblocks in both knowing which systems to buy and getting factory support on them once installed.

Igor Bergman, Lenovo’s VP of PCSD Software and Cloud, said the goal of the certification and pre-installation program is “to remove the complexity, and provide the Linux community with the premium experience that [Lenovo’s] customers know us for.” Canonical VP of Engineering Dean Henrichsmeyer added, “this collaboration [offers] assurance of long-term stability, added security, and simplified IT management.”

Lenovo will be offering a full range of support including both Web- and phone-based assistance with any platform issues associated with the Ubuntu pre-installed systems.