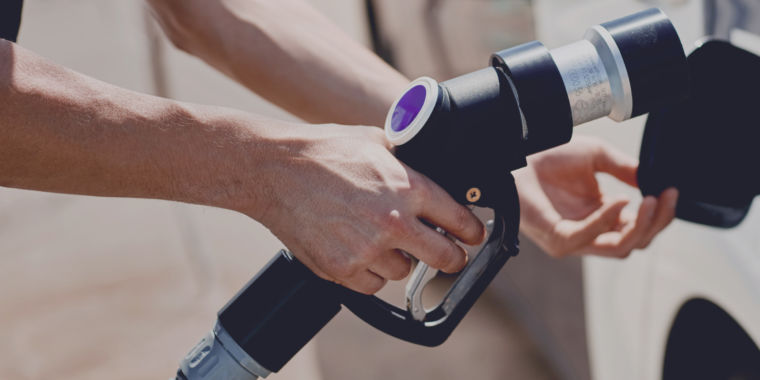 Shares of hydrogen truck startup Nikola plunged 26 percent on Wednesday after The Wall Street Journal reported that the company was struggling to find partners to build a planned network of hydrogen fueling stations. Nikola’s stock closed at $21.15 on Wednesday, a decline of 57 percent from the $50 peak reached on September 8, the day Nikola announced that GM would design and manufacture its Badger pickup truck.

Shortly after the GM deal was announced, the short-selling firm Hindenburg Research revealed that Nikola founder Trevor Milton wasn’t telling the truth at a 2016 event when he claimed that the Nikola One truck on the stage “fully functions.” Nikola now concedes that the truck never worked and that a promotional video of the truck was made by rolling it down a hill.

Nikola argued that this was old news because Nikola is no longer marketing the Nikola One and has a working prototype of the Nikola Two. But the revelations threw the company into chaos and forced Milton to resign on Sunday.

According to The Wall Street Journal, the Hindenburg revelations have complicated Nikola’s search for help with building a planned network of hydrogen fueling stations. The company already has a deal in place to use Nel electrolyzers to generate hydrogen and had been in talks with several companies—including BP and other energy producers, “industrial gas firms,” and “truck stop operators”—to handle the logistical details and help build and run the stations. According to the Journal, “Nikola executives felt they were making progress” toward signing a deal, but “the conclusion of this deal was put on hold” after the Hindenburg report. The Journal acknowledges that “a deal could still come together.”

These fueling stations are an essential part of Nikola’s business strategy. Instead of selling semi trucks outright, Nikola’s plan is to lease them at a fixed per-mile rate that covers fuel and maintenance. That reduces the risk customers must take on an unproven technology. But the plan won’t work if Nikola doesn’t have some fuel stations operational by the time its hydrogen-powered semis begin rolling off the assembly line—something that’s currently slated to happen in 2023.

Nikola has long looked to partner with companies that already have the technology Nikola needs. Nikola took this approach to an extreme in the GM deal; GM is supposed to both design and manufacture Nikola’s Badger trucks, which will be based on GM’s battery and hydrogen cell technologies. Nikola has made similar deals with other companies—including Iveco and Bosch—to help design or build its semi trucks.

In short, a big part of Nikola’s strategy until now has been to solve problems by throwing money at them. Until recently, the hype surrounding Nikola made it easy to raise cash.

But the company may now be entering an era of increased investor skepticism. That could force Nikola to tighten its belt and do more with less. If that happens, we’ll find out if Nikola can accomplish its ambitious goals without depending so heavily on well-compensated partners.

Is your startup the next Tik Tok?

A meeting room of one’s own: three VCs discuss breaking out of big firms to start their own gigs