‘I thought I had grown!’ – Jose Mourinho reveals goalposts were TOO SMALL and had to be adjusted before Totte – USA DAILY NEWS
Skip to content 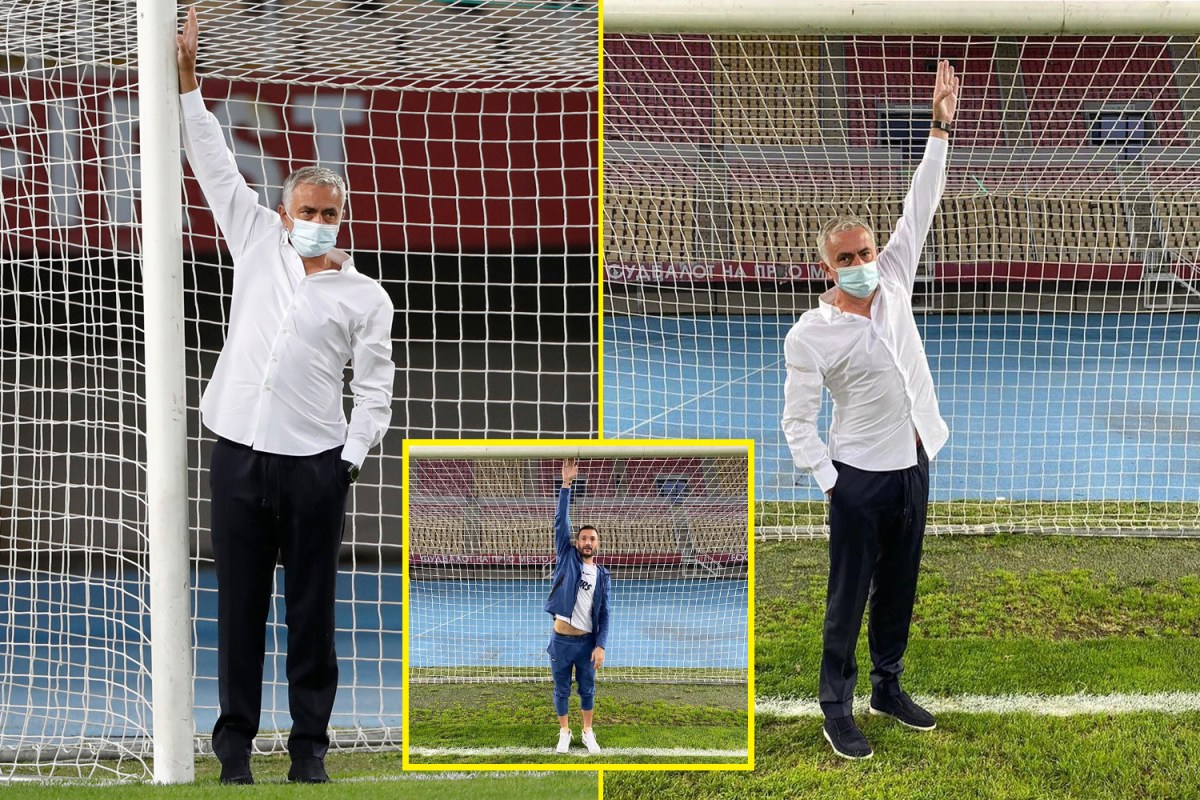 Jose Mourinho has revealed Tottenham’s goalkeepers made a bizarre discovery ahead of their 3-1 victory over Shkendija on Thursday night.

Spurs progressed through to the play-off stage of their Europa League qualifying campaign, despite a brief scare when the North Macedonians netted a screamer to cancel out Erik Lamela’s early opener.

Valmir Nafiu’s strike needed every inch of the goal-frame, something which was only correctly in place just moments before kick-off.

Speaking in his post-match press conference, Mourinho has revealed the goalposts were initially too small, before Spurs called in UEFA to get them sorted.

He said: “Before the game was a funny situation because my goalkeeper [Joe Hart] told me the goal was small.

“I went to see and it was small.

“The goalkeepers spend all their time in them so we know.

“I felt immediately something was wrong and we got the UEFA delegate to come in and it was 5cm too small. We asked for goals of the right dimensions.”

The goals were extended 5cm in height and Shkendija, who were borrowing the Tose Proeski Arena for the clash, say they were not aware of the incident.

It’s fitting that Joe Hart conceded a worldie on his debut. This is the man who was in goal for that Peter Crouch volley, plus the famous Wayne Rooney and Zlatan Ibrahimovic overhead kicks.

Like with those memorable strikes, there was nothing Hart could do with this one, except perhaps keep his mouth shut about the goals being too small.

Tottenham looked set for a comfortable night when Lamela put them ahead inside five minutes.

However, Shkendija proved no pushovers and levelled ten minutes into the second half with a superb long-range strike from Nafiu.

Besart Ibraimi then came close to putting the hosts ahead before Spurs kicked back into gear.

Mourinho will no doubt be concerned his second-string side needed their talisman to get past Shkendija.

Nonetheless, they will host Maccabi Haifa in the play-off round, where victory will secure their place alongside Arsenal and Leicester in the group stage draw.