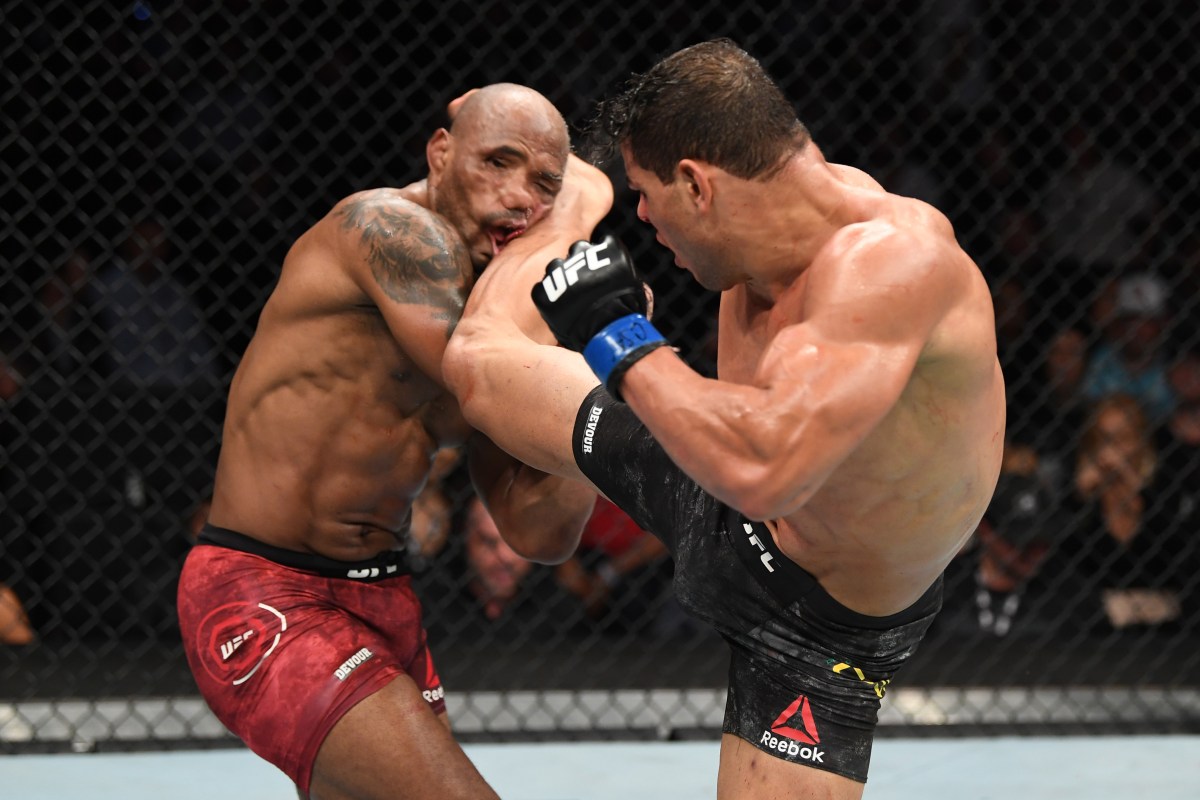 Paulo Costa will finally get his chance to take on bitter rival Israel Adesanya for the undisputed middleweight championship of the world this Saturday at UFC 253.

The main event on Fight Island will put two of the most dangerous 185lbs fighters on the planet against one another on Yas Island, Abu Dhabi.

Costa has wreaked havoc in the middleweight division since appearing on the Ultimate Fighter and moved to 9-0 with nine consecutive first round finishes to propel himself up the UFC rankings.

Although he has only had 13 fights professionally, the Brazilian has showcased tremendous power and frightening precision in his bouts and has only gone the distance once – a decision victory over Yoel Romero in his last fight.

With relentless forward pressure and an astonishingly high output, it seems as though swarming the ‘Last Stylebender’ early doors will be the key to victory for Costa.

And ‘Borranchinha’ has more than enough stopping power to end the fight early.

Chael Sonnen was Costa’s coach on the Ultimate Fighter in Brazil and remembers just how ferocious the hulking youngster was and how determined he was to improve.

He said on his podcast: “I remember he used to hit mitts, and when you’re in the locker room of the set, you are just behind a very thin door, just a door enough to separate you.”

Sonnen described the sound of the fists hitting the mitts as gun blasts and said: “It sounded like shotgun blasts going off.”

“When he broke into the UFC he was 10-0 and coach [Eric] Albarracin who worked with him a lot,” he added.

“He would never say this guy is the best submission guy or best wrestler out there. He would say this is the hardest worker in the room.”

It is likely the winner of Saturday’s main event on Fight Island will face former champion Robert Whittaker at some point in the not-so distant future.

Before his fight in Abu Dhabi with Darren Till (effectively a number on contender match) Whittaker stressed the size of Costa makes him even more terrifying.

“Who can say? I think Adesanya has the skillset necessary to beat Costa,” Whittaker said during media day in July. “He’s very technical, he’s very good. He’s a good fighter. Don’t like him very much but he’s a good fighter.

“But Costa’s dangerous. He’s so explosive, he’s got mad cardio and he hits like a truck. Look at the size of him.

“I’m sure that does something… that has something to do with why he keeps hurting people. ‘Size doesn’t matter’ — look at the size of him!

“You fight him then and tell me it doesn’t matter. Yeah, let’s find out.”

Steven Peterson is also backing Costa to get the job done this weekend, predicting  stunning finish for the 29-year-old.

He said: “We’ve all been looking forward to this match-up for a long time. Israel Adesanya is one of the most skilful and entertaining champions in a long time.

“Paulo Costa is an undefeated powerhouse and has been demolishing his opponents. Izzy needs to fight an almost perfect fight. He needs to stick and move and pick apart Costa.

“On the other side, Paulo only needs to land one and with the power and skill he has, I have to go with him. I predict a shocking first round KO by Costa.”

And UFC welterweight Frank Camacho also believes Costa’s power will be the key to victory for ‘Borrachinha’ against Adesanya.

He said: “I love the way Costa fights and I think he can land the knockout punch.”