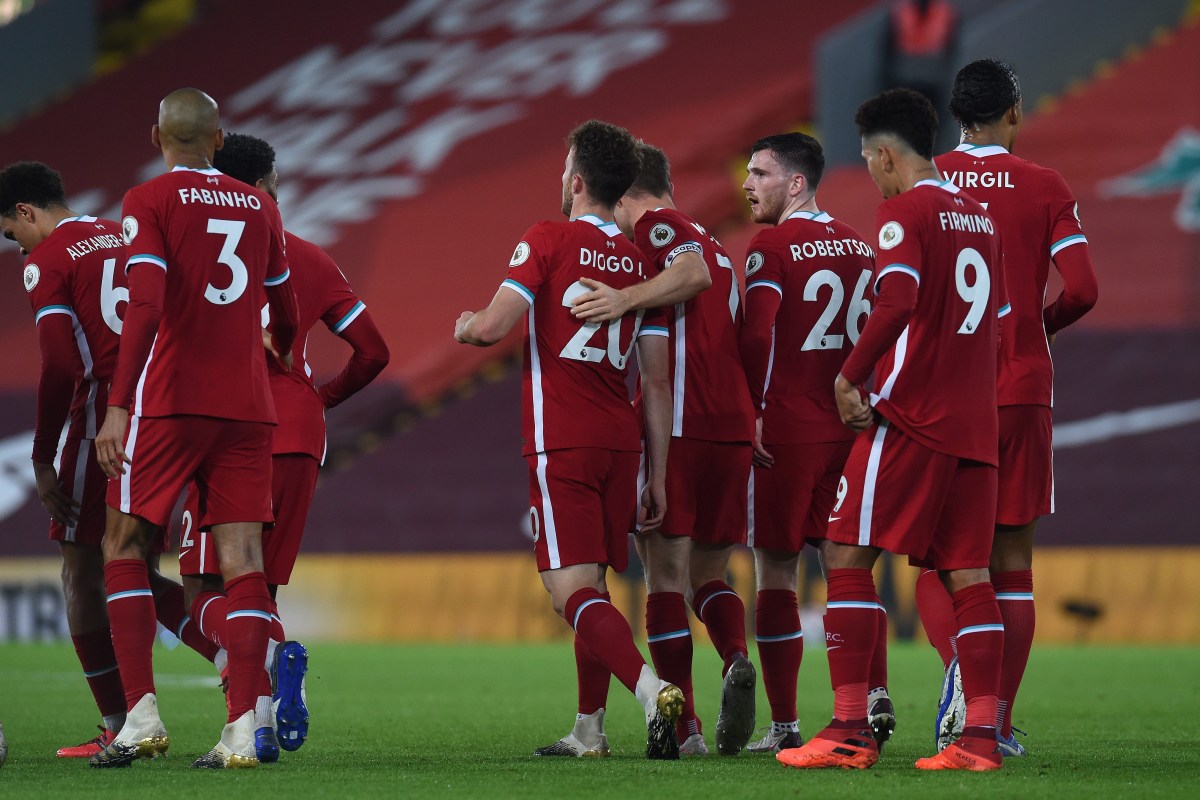 Liverpool’s 100 per cent start to the season continued as they got the better of Arsenal in their Premier League clash at Anfield.

The Reds won 3-1 thanks to goals from Sadio Mane, Andy Robertson and new signing Diogo Jota after Alexandre Lacazette gave the visitors a lead against the run of play.

Winning all the time is something Reds fans have become accustomed to lately, with Jurgen Klopp building the club into a formidable force.

Last season Klopp and his players gave fans delivered what no Liverpool side of the previous 30 years could; a league title.

Liverpool’s fantastic journey to a first ever Premier League crown saw them blitz most in their path, and they were confirmed champions with seven games to spare.

One of those wins en route to their success came against Arsenal and a freak stat has emerged that Liverpool fans will love to see following their latest triumph against the Gunners.

They got the better of the Londoners in 2019/20, winning 3-1 at Anfield in their third match of the campaign, just like this season!

Salah then put the result beyond doubt with a wonderful solo effort. Lucas Torreira scored a late consolation for Arsenal.

Have the stars aligned for Liverpool’s Class of 2020?

‘I thought I had grown!’ – Jose Mourinho reveals goalposts were TOO SMALL and had to be adjusted before Totte