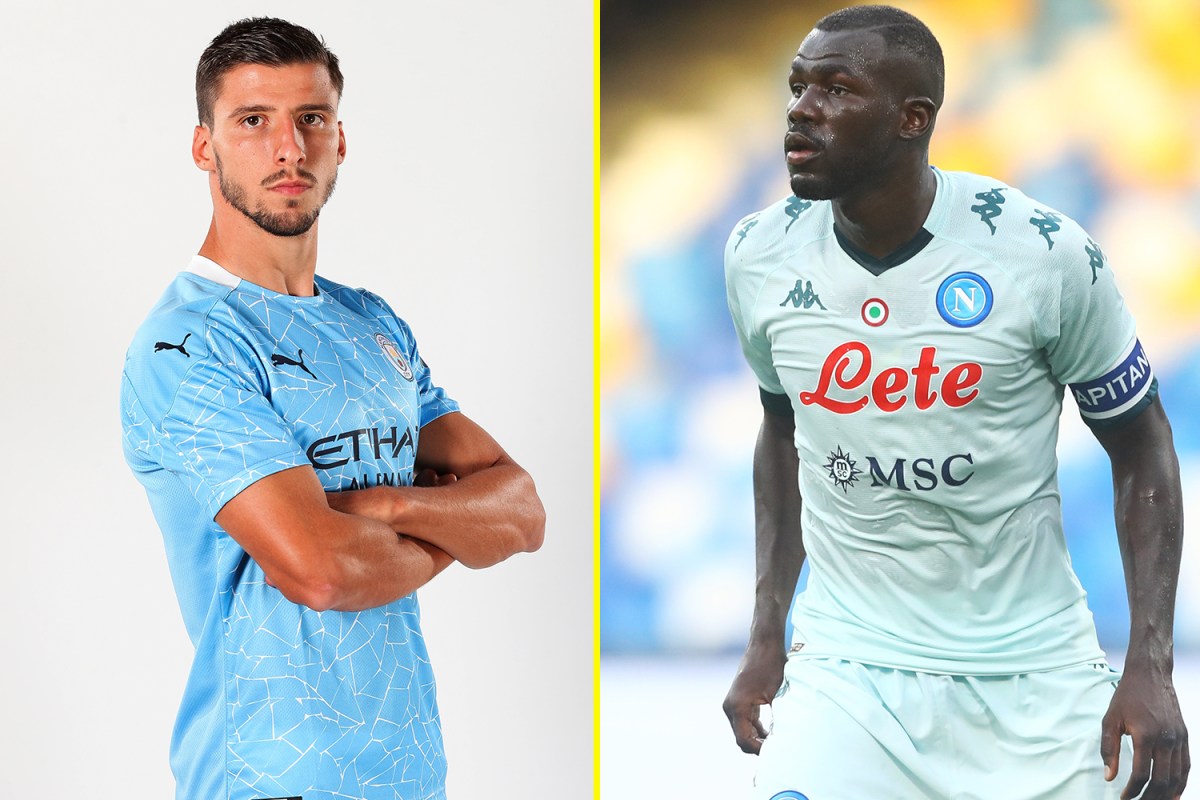 Manchester City made a quite embarrassing blunder as they announced new signing Ruben Dias… as they appeared to be expecting Kalidou Koulibaly instead.

Dias completed his move to the Etihad Stadium from Benfica on Tuesday in a deal worth £62million.

But while announcing their new signing’s arrival on the club’s official website, a hyperlink on the confirmation page read: ‘CITYZENS: NEW SIGNING – Ask Kalidou Koulibaly a question’.

The gaffe was quickly deleted, but not before pictures were shared on social media showing the error.

It’s likely the page was written and drafted up long before Dias’ transfer to Manchester, and suggests that Kouliably was at one point very close to sealing a move to the Premier League giants.

The Napoli centre-back has been one of City’s long-term defensive targets and Pep Guardiola has been strongly linked with a move for him over the last few transfer windows, as the club has searched for a replacement for Vincent Kompany.

But Koulibaly signed a new contract with Napoli earlier this summer, apparently ending the speculation over his future.

Transfer links did not stop, of course, but it appears through the signing of Dias they have cooled their interest in the Senegal international.

It also takes the club’s spending on defenders alone to over £400m since Pep Guardiola was appointed as manager, which has led to pundits asking serious questions over the Spaniard’s future, with his back four still in ‘disarray’.

But it’s possible Guardiola may finally have found the answer to his defensive headache, with Dias regarded as one of the top young defenders in Europe.

That’s according to Portugal teammate Jose Fonte, who joined talkSPORT this week to tell us more about Man City’s latest signing.

“Ruben is one of my favourite young centre-backs,” he told Jim White.

“He’s only 23, but he shows great maturity. He has a young body, but an older mind.

“He’s humble. He’s very, very skilful with the ball at his feet. He has a good pass between the lines. He reads the game well, he attacks the ball well in the air. He’s strong in the duels.

“He starts every game for the national team, and he’s a leader as well. He commands from the back.

“So, for me, it’s a great acquisition for Manchester City. They’re getting a top, top player and I have no doubt he’s ready; he’s been playing at the highest level for the last two, three years.”