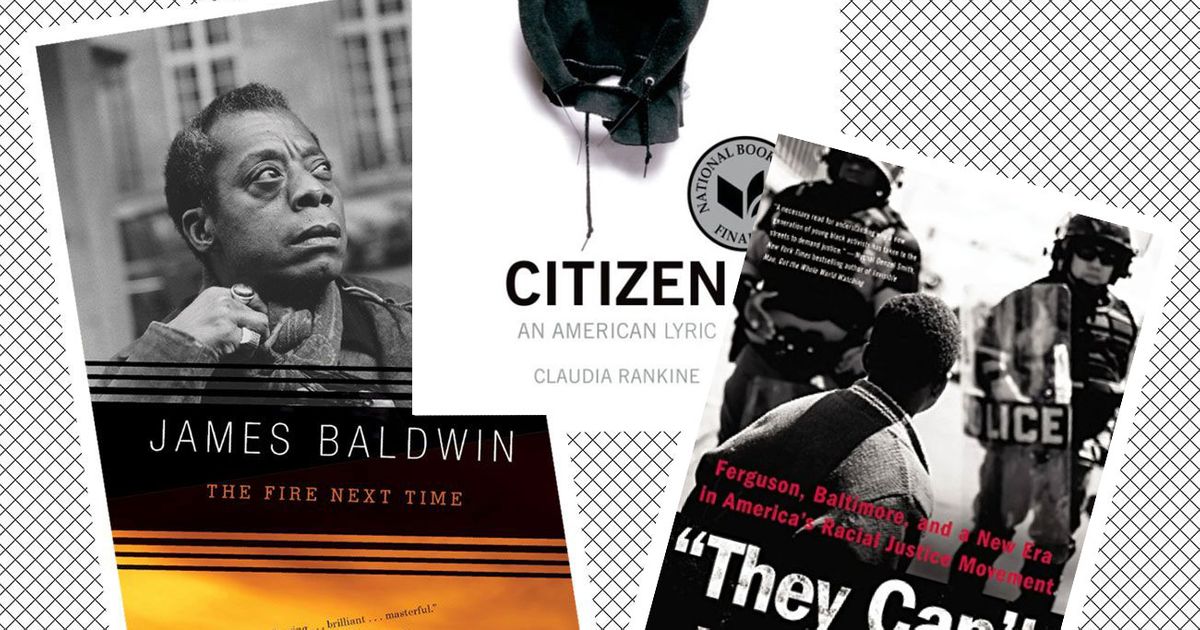 This story originally appeared on our sister site: The Cut.

If you’re reeling from the news and want to do something, deepening your understanding of racism and the black experience in America is one way to start. Check out the books below, which range from established classics to newer works and include memoirs, practical guides to talking about race, in-depth reporting on police brutality, and groundbreaking works of intersectional feminist theory.

“The prison therefore functions ideologically as an abstract site into which undesirables are deposited, relieving us of the responsibility of thinking about the real issues afflicting those communities from which prisoners are drawn in such disproportionate numbers. This is the ideological work that the prison performs — it relieves us of the responsibility of seriously engaging with the problems of our society, especially those produced by racism and, increasingly, global capitalism.”

The New Jim Crow: Mass Incarceration in the Age of Colorblindness
Michelle Alexander

“In the era of colorblindness, it is no longer socially permissible to use race, explicitly, as a justification for discrimination, exclusion, and social contempt. So we don’t. Rather than rely on race, we use our criminal justice system to label people of color ‘criminals’ and then engage in all the practices we supposedly left behind. Today it is perfectly legal to discriminate against criminals in nearly all the ways that it was once legal to discriminate against African Americans. Once you’re labeled a felon, the old forms of discrimination — employment discrimination, housing discrimination, denial of the right to vote, denial of educational opportunity, denial of food stamps and other public benefits, and exclusion from jury service — are suddenly legal. As a criminal, you have scarcely more rights, and arguably less respect, than a black man living in Alabama at the height of Jim Crow. We have not ended racial caste in America; we have merely redesigned it.”

The Fire Next Time
James Baldwin
“Please try to remember that what they believe, as well as what they do and cause you to endure does not testify to your inferiority but to their inhumanity.”

Between the World and Me
Ta-Nehisi Coates

“But all our phrasing — race relations, racial chasm, racial justice, racial profiling, white privilege, even white supremacy — serves to obscure that racism is a visceral experience, that it dislodges brains, blocks airways, rips muscle, extracts organs, cracks bones, breaks teeth. You must never look away from this. You must always remember that the sociology, the history, the economics, the graphs, the charts, the regressions all land, with great violence, upon the body.”

“Intersectional paradigms remind us that oppression cannot be reduced to one fundamental type, and that oppressions work together in producing injustice. In contrast, the matrix of domination refers to how these intersecting oppressions are actually organized. Regardless of the particular intersections involved, structural, disciplinary, hegemonic, and interpersonal domains of power reappear across quite different forms of oppression.”

“Those of us who stand outside the circle of this society’s definition of acceptable women; those of us who have been forged in the crucibles of difference — those of us who are poor, who are lesbians, who are Black, who are older — know that survival is not an academic skill. It is learning how to take our differences and make them strengths. For the master’s tools will never dismantle the master’s house. They may allow us temporarily to beat him at his own game, but they will never enable us to bring about genuine change. And this fact is only threatening to those women who still define the
master’s house as their only source of support.”

Ain’t I a Woman: Black Women and Feminism
bell hooks

“When feminists acknowledge in one breath that black women are victimized and in the same breath emphasize their strength, they imply that though black women are oppressed they manage to circumvent the damaging impact of oppression by being strong — and that is simply not the case. Usually, when people talk about the “strength” of black women they are referring to the way in which they perceive black women coping with oppression. They ignore the reality that to be strong in the face of oppression is not the same as overcoming oppression, that endurance is not to be confused with transformation.”

We Live for the We: The Political Power of Black Motherhood
Dani McClain

“I imagine that for us, news events will play a big part in my daughter’s political education. Something disturbing and illustrative of society’s ills will happen, and I will need to decide whether I want to shelter Is from the news or discuss it with her. As a toddler, she already asks “Who’s that?” of nearly everyone she sees in the magazines lying about the house—from The New Yorker to The Nation to Essence — and on the TV screen. Soon she will begin to remember and make meaning of our answers. Even if I’m not actively engaging her in activism, the world will make its way into our home. I will need to decide what to do with that, how to shape it for her developing mind, how to know what an age-appropriate rendering of the truth is, and what is too much.”

How to Be an Anti-Racist
Ibram X. Kendi

They Can’t Kill Us All
Wesley Lowery

“Ferguson would birth a movement and set the nation on a course for a still-ongoing public hearing on race that stretched far past the killing of unarmed residents — from daily policing to Confederate imagery to respectability politics to cultural appropriation. The social justice movement spawned from Mike Brown’s blood would force city after city to grapple with its own fraught histories of race and policing.”

So You Want to Talk About Race
Ijeoma Oluo

“Being privileged doesn’t mean that you are always wrong and people without privilege are always right. It means that there is a good chance you are missing a few very important pieces of the puzzle.”

“Our superpower, I was told since I was a child, was perseverance, the ability to survive no matter how much they took from us. I never understood how surviving was our collective superpower when white folk made sure so many of us didn’t survive. And those of us who did survive practiced bending so much that breaking seemed inevitable.”

13 Books You Should Read About Black Lives